There is nothing I love more in a garden than pink flowers – any variety will do.  But there is something about pink roses that just makes my heart sing.

This is David Austin’s English shrub rose, “Mary Rose”.  I bought her in early summer not having any idea where I was going to plant her, so she kept me company on the deck where I could enjoy her beautiful blooms and keep her well-watered. 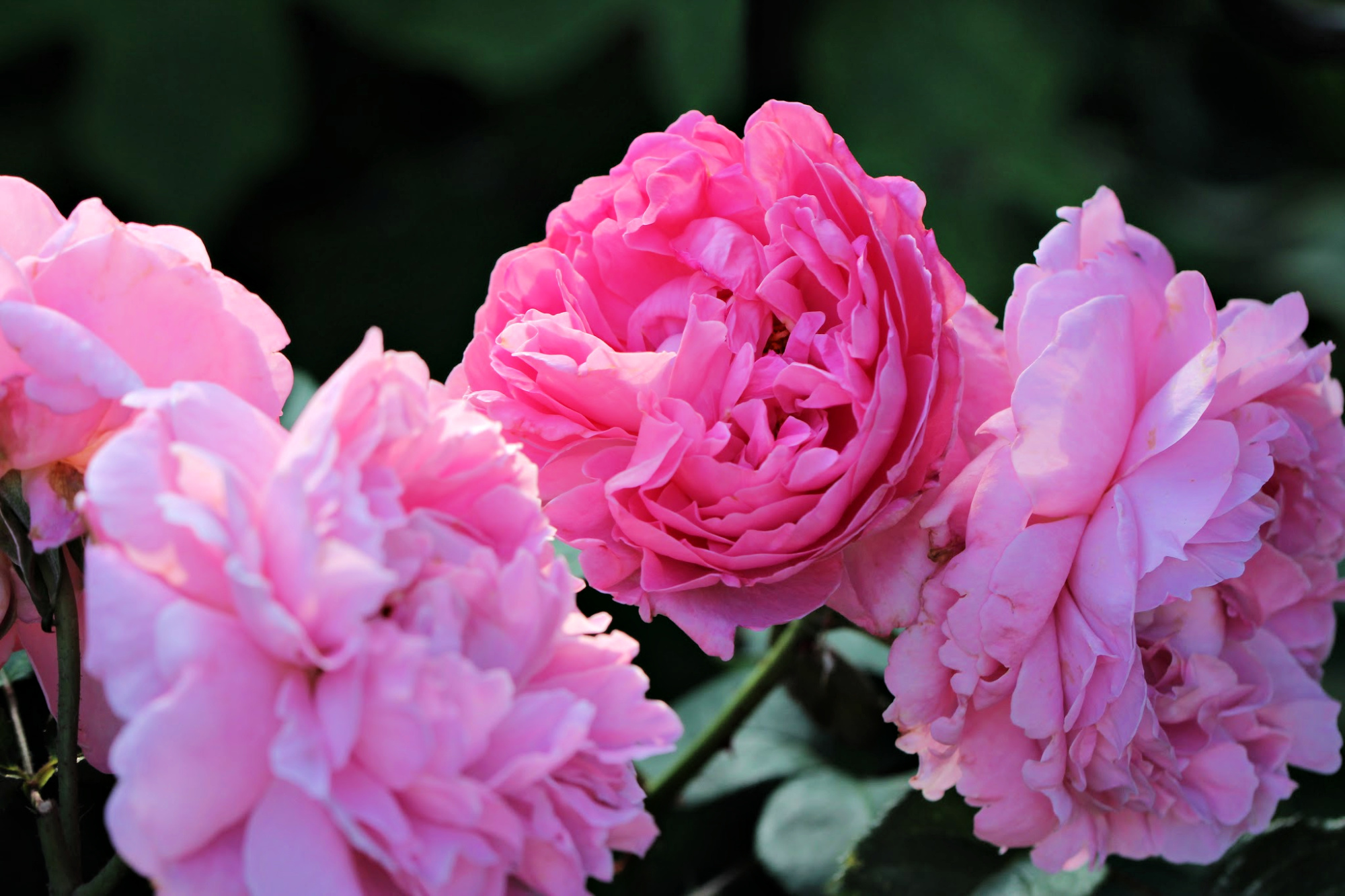 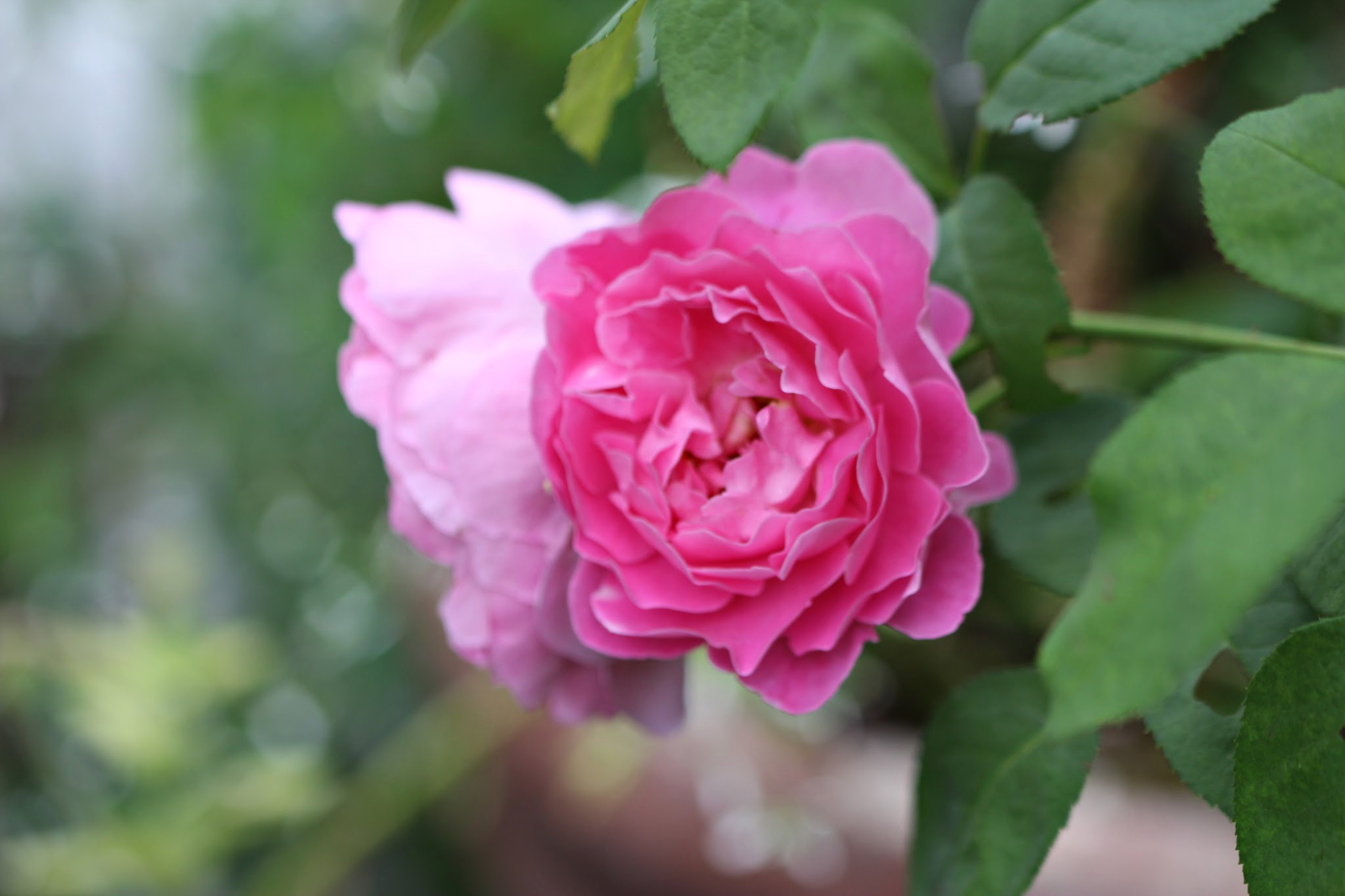 For years I have grown “New Dawn” roses on the arbor in front of the greenhouse. 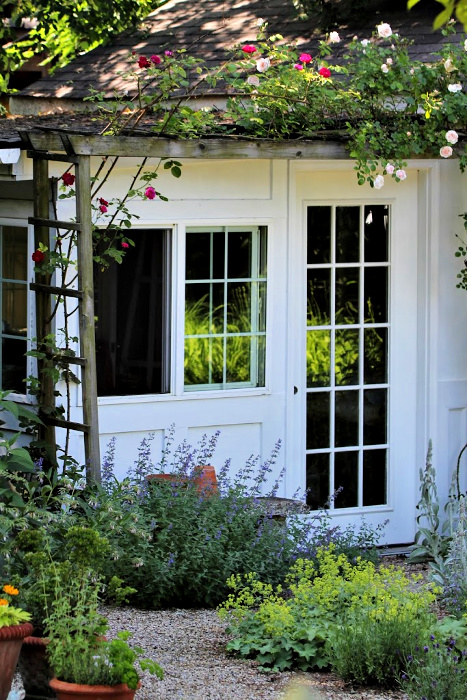 It is a hardy, vigorous large-flowered climber that is the palest of pinks. 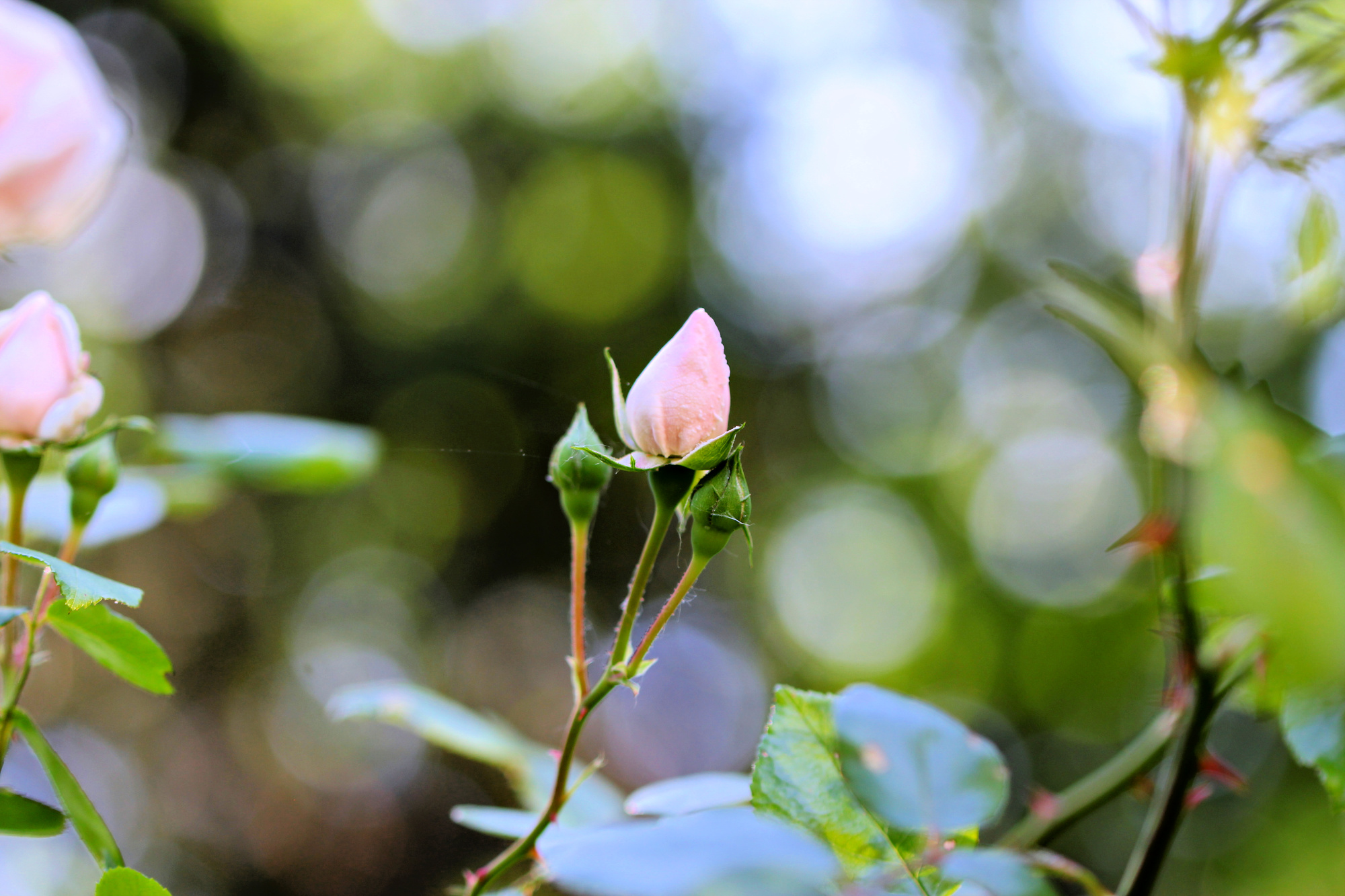 But one year, the “New Dawn” rose on the left side of the arbor died back and it revived as the magenta-colored rose of the root stock. 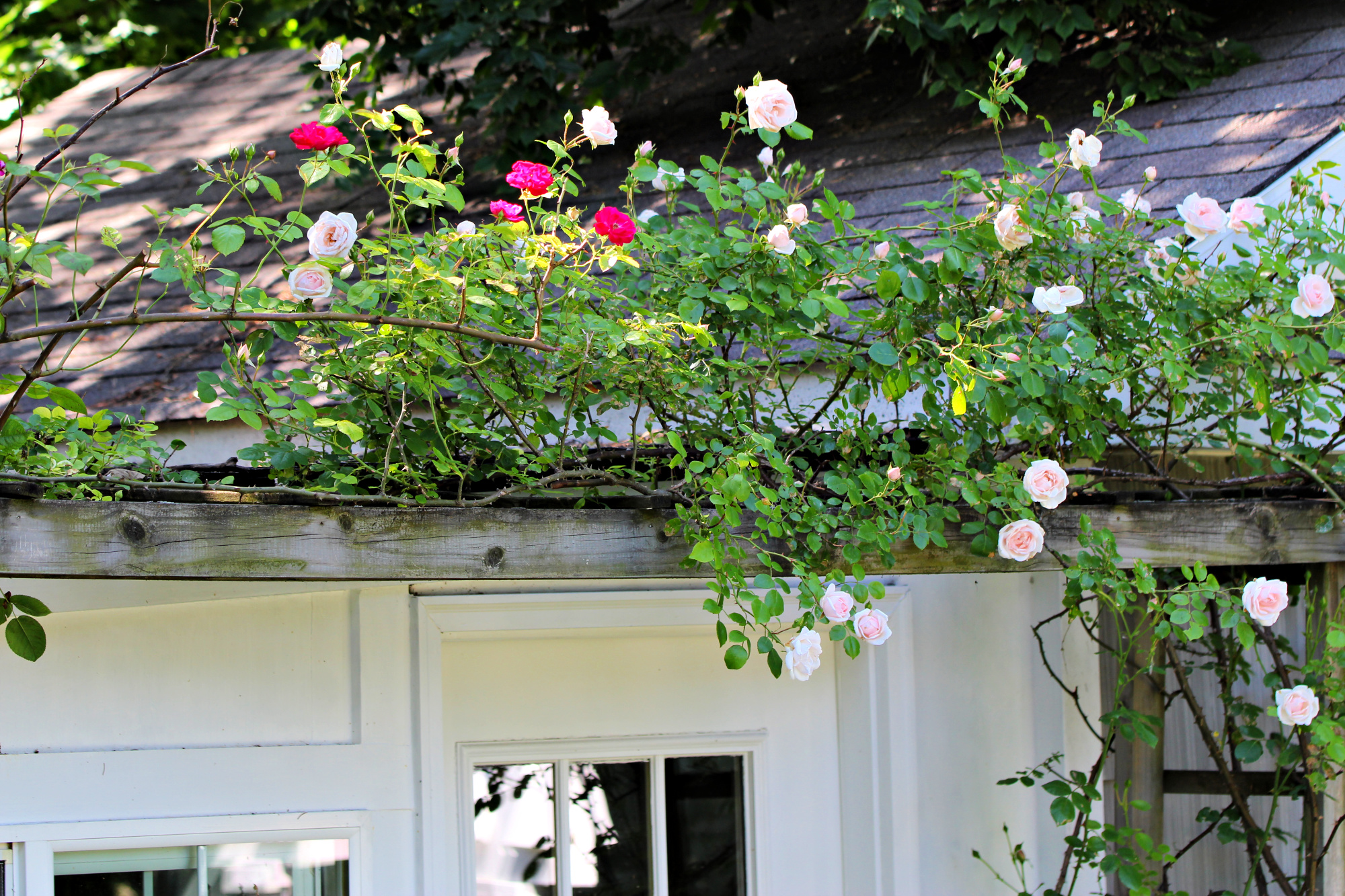 So, on a June trip to the nursery, I found another “New Dawn” rose to replace the one that had reverted back to the original root stock color.  It was while I was digging out the old rose and enlarging the hole for the new rose, that my abdominal pain, that eventually revealed itself as a ruptured appendix, landed me in bed.  This was the one rose I knew where I wanted to plant, but “New Dawn” joined the growing collection on the deck while I recuperated for a month.

Still not knowing where I was going to plant the David Austin roses, in August I purchased not one, but two “Peach Lemonade” roses.  My sister and I saw them at the nursery and we were both instantly smitten with them.  This is a multi-colored rose where the buds and blooms start out a soft lemon yellow and then fade to blush pink. 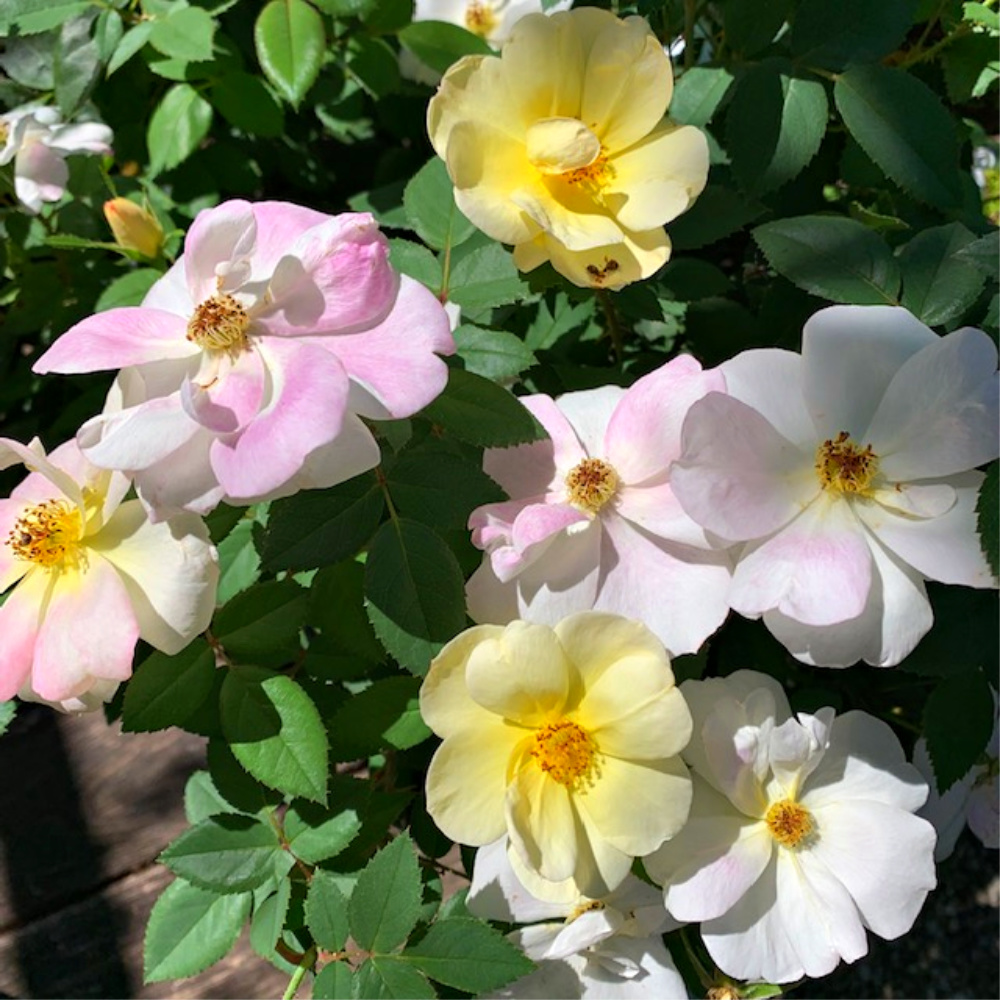 They are very fragrant and the bees love them. 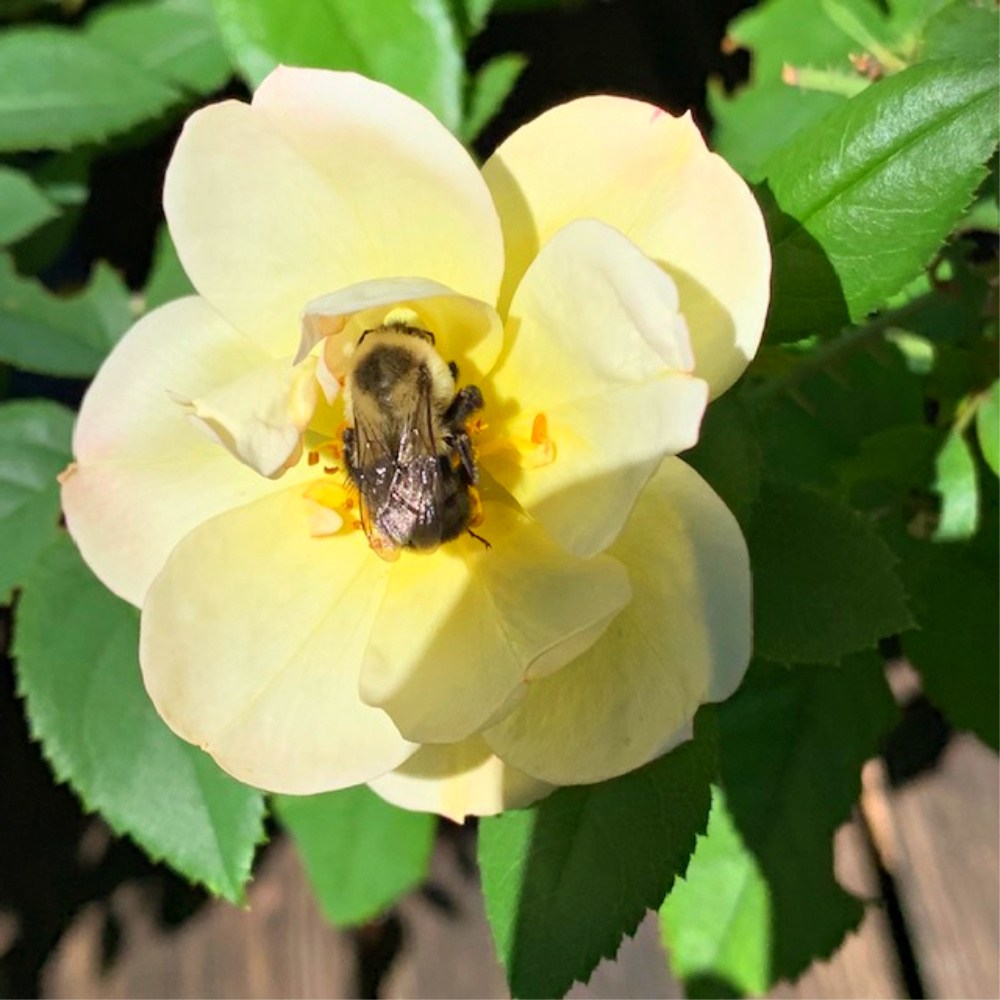 The group on the deck is growing.

Earlier in the spring, I had started tearing down the chicken run, which was attached to the side of the greenhouse.  The chickens have been gone for several years, and it was one of my goals this summer to get rid of it.  Surgery put a halt to the work I started in the spring, but in August, I was able to finish tearing it down in a weekend. 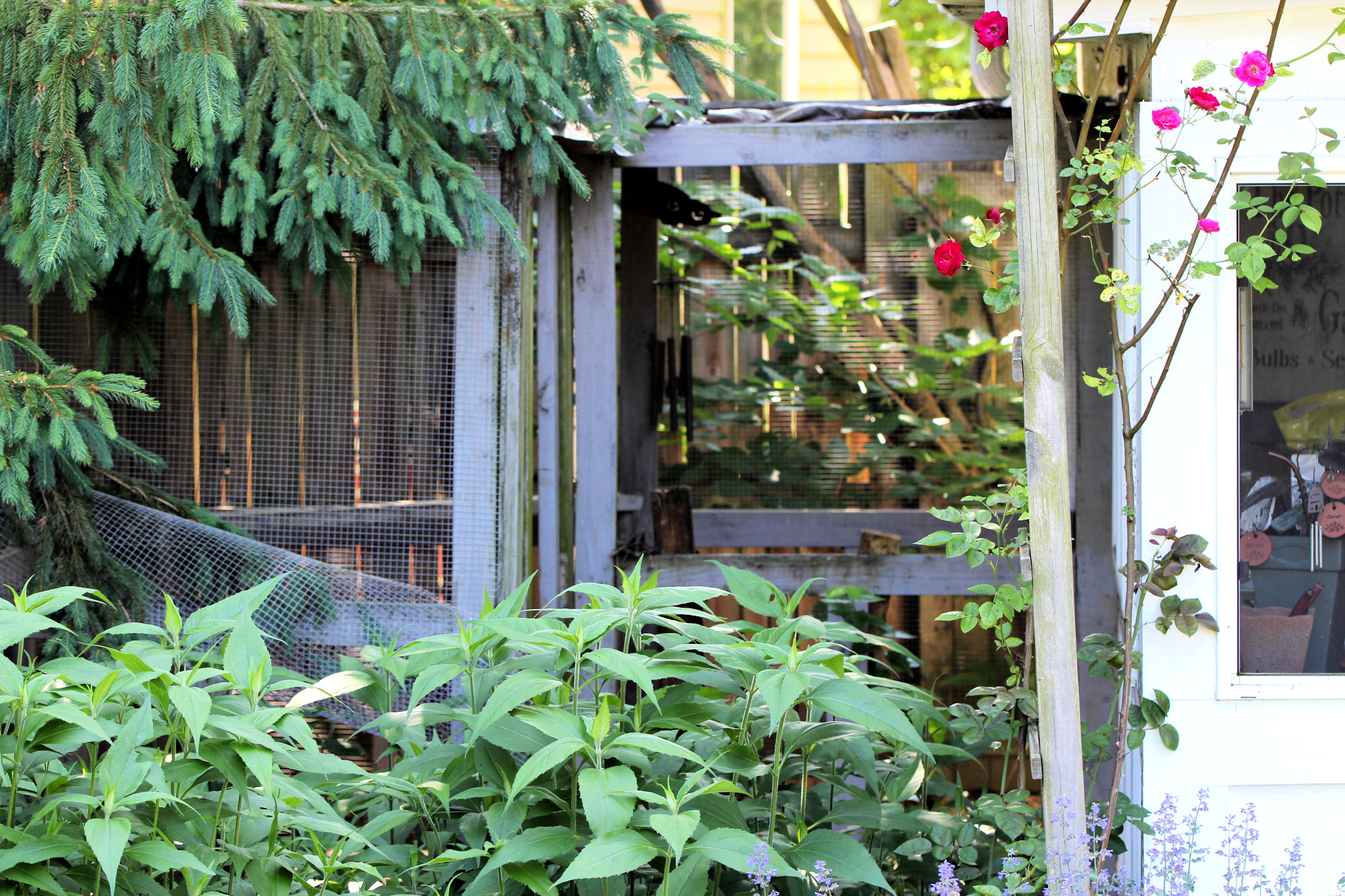 The chicken run has a 100-foot tall pine tree next to it, which will come down in late October.  In front of the run was a rapidly expanding and invasive patch of tall yellow Heliopsis that I finally was able to eliminate entirely.  Then I had the brain storm idea of cutting down a large viburnum.  The combination of removing these three different plants will open up a whole new area for creating a rose garden and bring some much needed sunlight into the area.  This is what it looks like now. 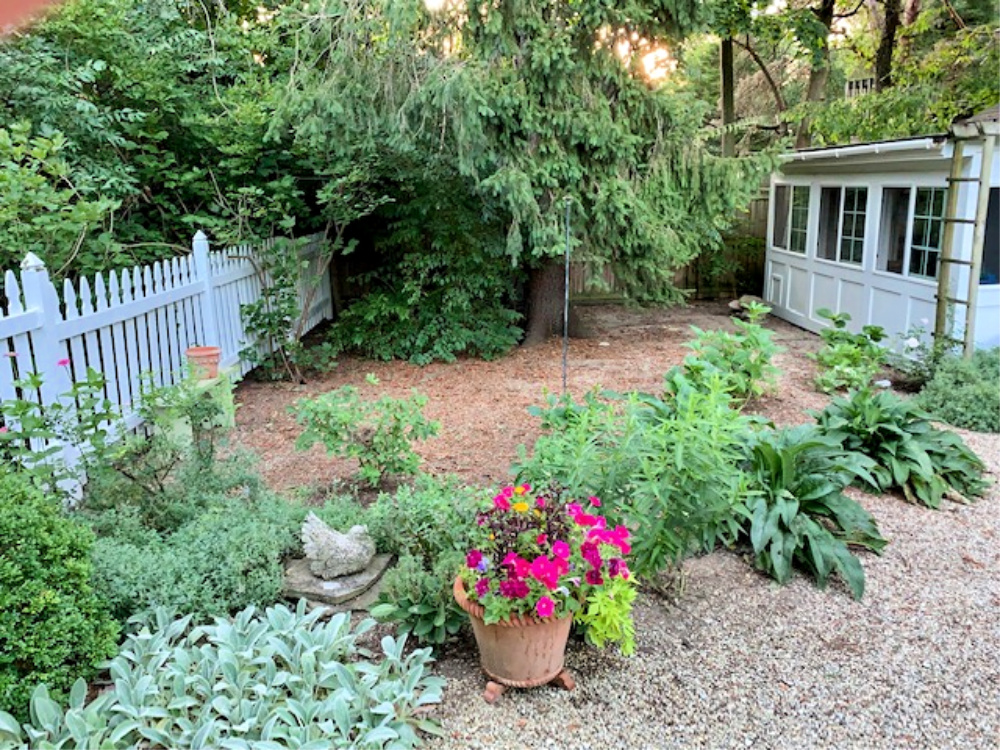 The pine tree will come down in late fall when the garden is finished growing and is dormant.  Waiting will eliminate damage to the plants that are already there.  The honeysuckle trees growing next to the pine tree will also be removed, giving me a larger area for growing redbud trees, hydrangeas, and roses.

Last weekend, I picked up a “Purple Pavement” rugosa rose whose scent is the strongest and most heavenly smell ever. 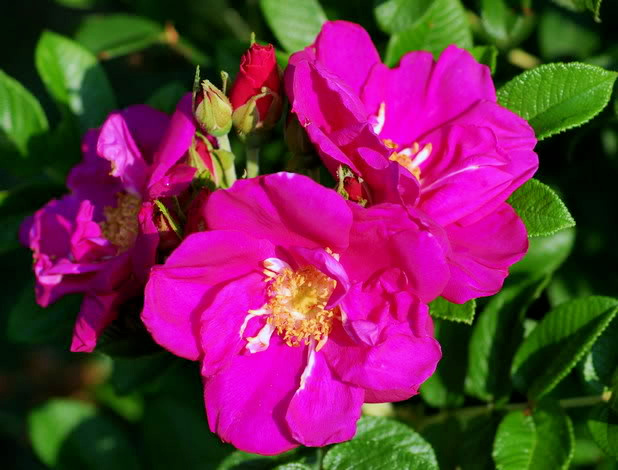 And also a “Vanilla Strawberry Hydrangea” to add to the hydrangeas I already have in this area.  This is the best time of year to find plants on sale, and the sales are so hard to resist. 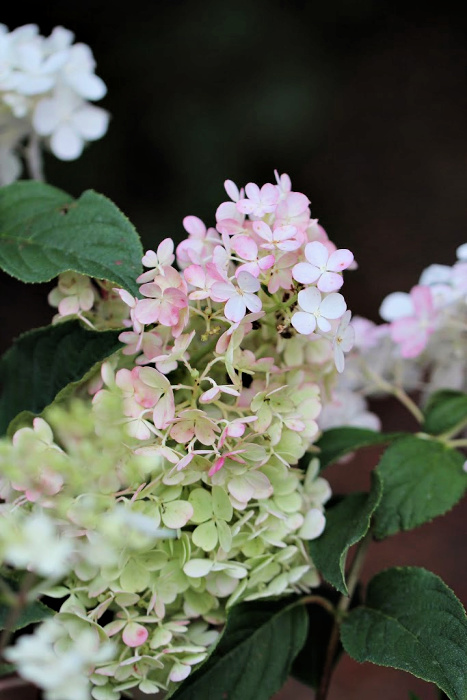 I did finally move all of the plants off the deck and out to this new area, arranging and rearranging how I might like to lay them out.  Unfortunately, none of them can be planted this year due to waiting for the pine tree to come down.  The nursery advised me it would be better to winter them over in their pots, in either the garage or my greenhouse once they become dormant, rather than plant them in late October.  It is really hard to wait, but just having them out in the garden gives me an idea what the garden will look like next spring when everything is finally planted in the ground.

This is what I will have to look forward to next summer . . . and it will be worth the wait. 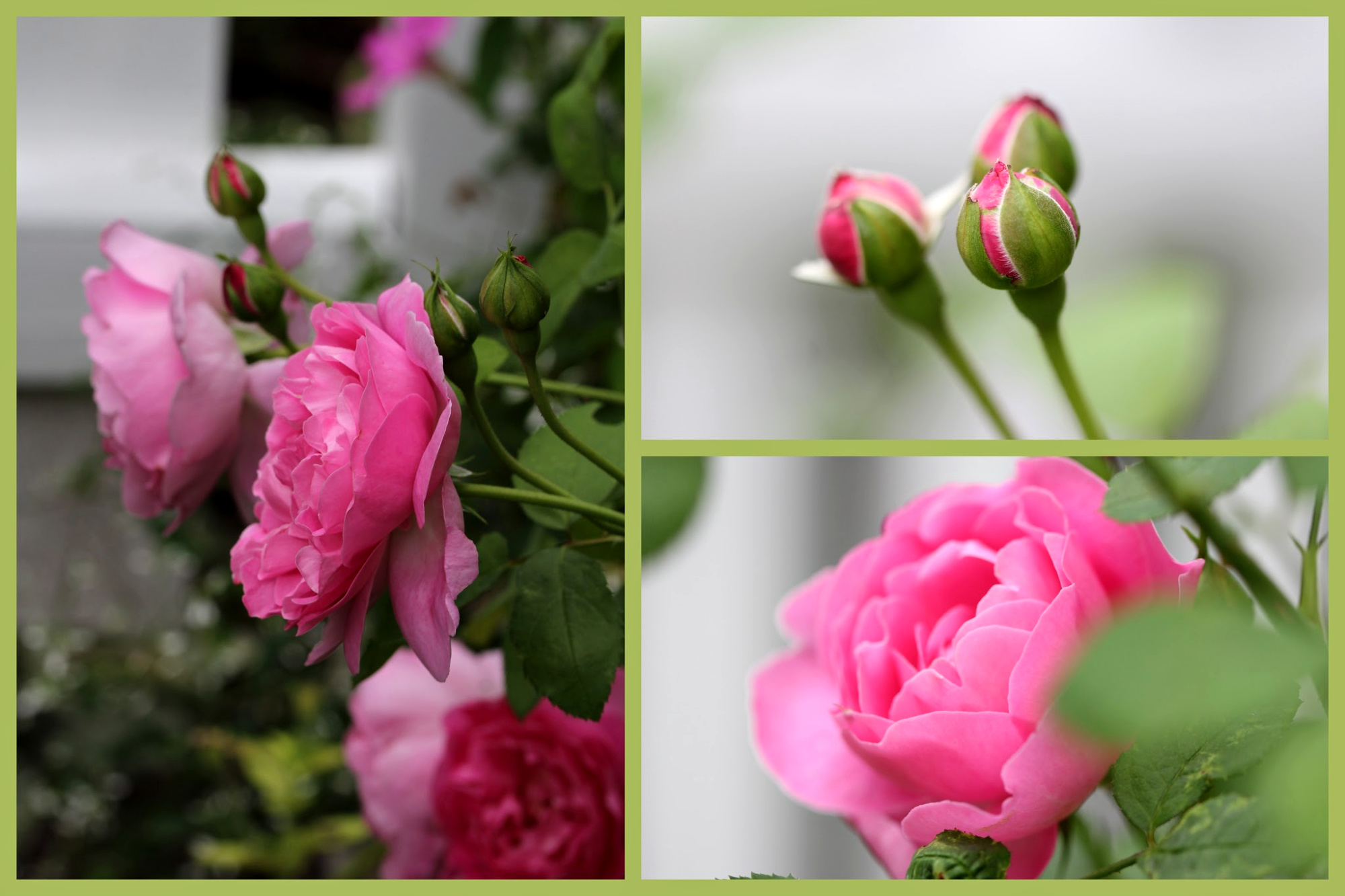 Evening in the garden. The perfect time and place

In Him is life, and that life is the light of men.

Walking out into the garden this morning after a h