This week’s bouquet is a result of a need to do some serious cutting back.  I needed to tie up the wayward new raspberry branches and to do that, I had to first remove the netting. 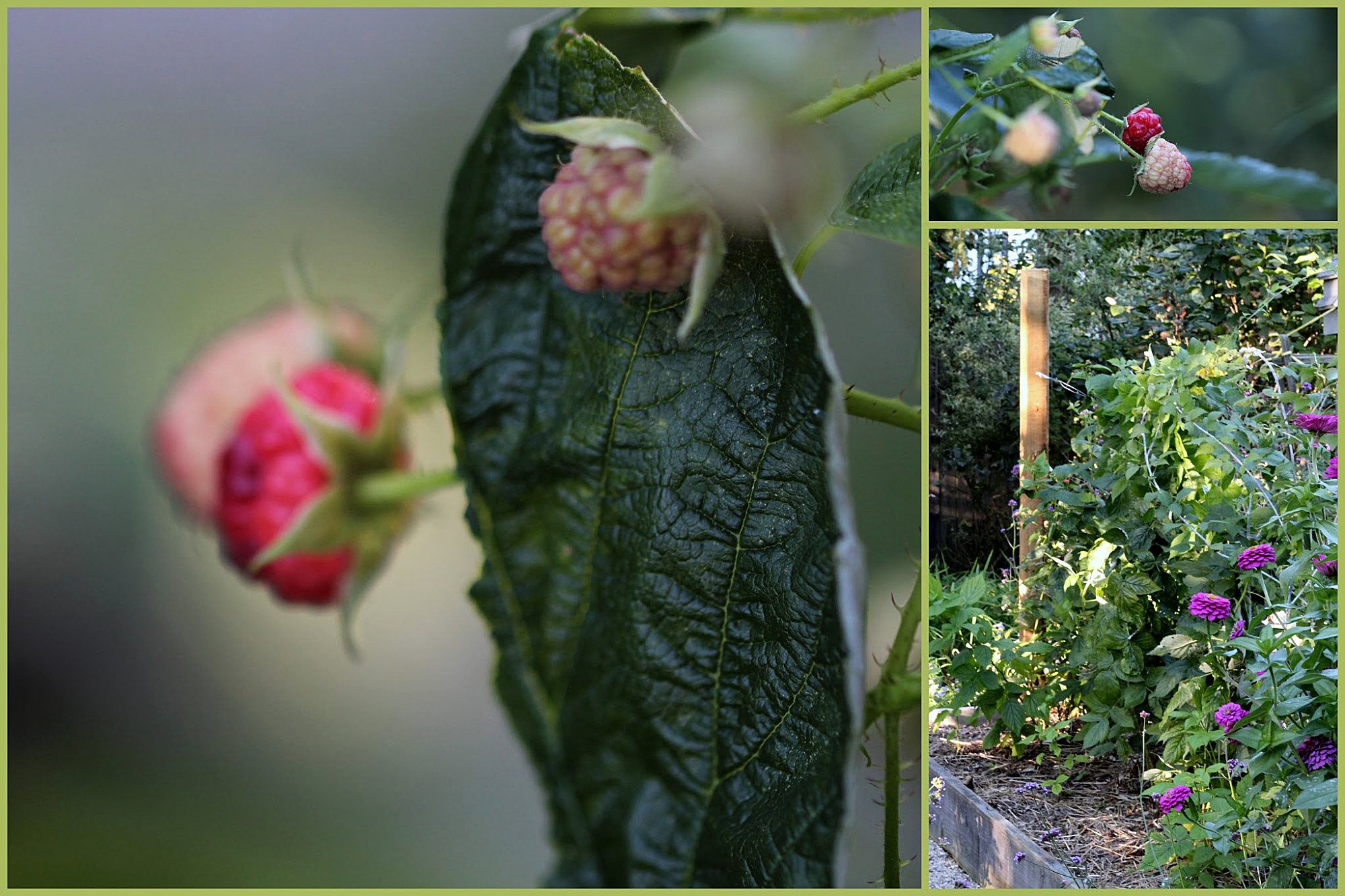 But, I couldn’t even get near one side of the raspberry bed because of the verbena bonariensis.  They had reseeded from last summer and become a gigantic patch of one of my favorite garden flowers.  They run the length of the raspberry and zinnia beds, and I could not have planned this beauty if I had tried. 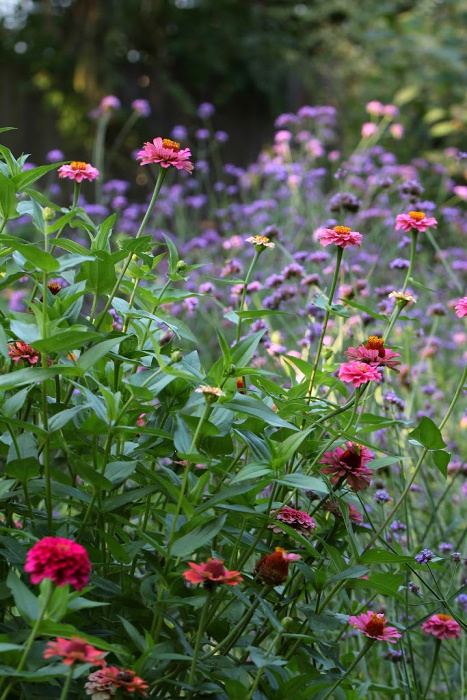 The verbena were tall and tangled and it was like hacking through a jungle to get to the far side of the raspberry patch.  They had even mingled themselves in with the raspberries. 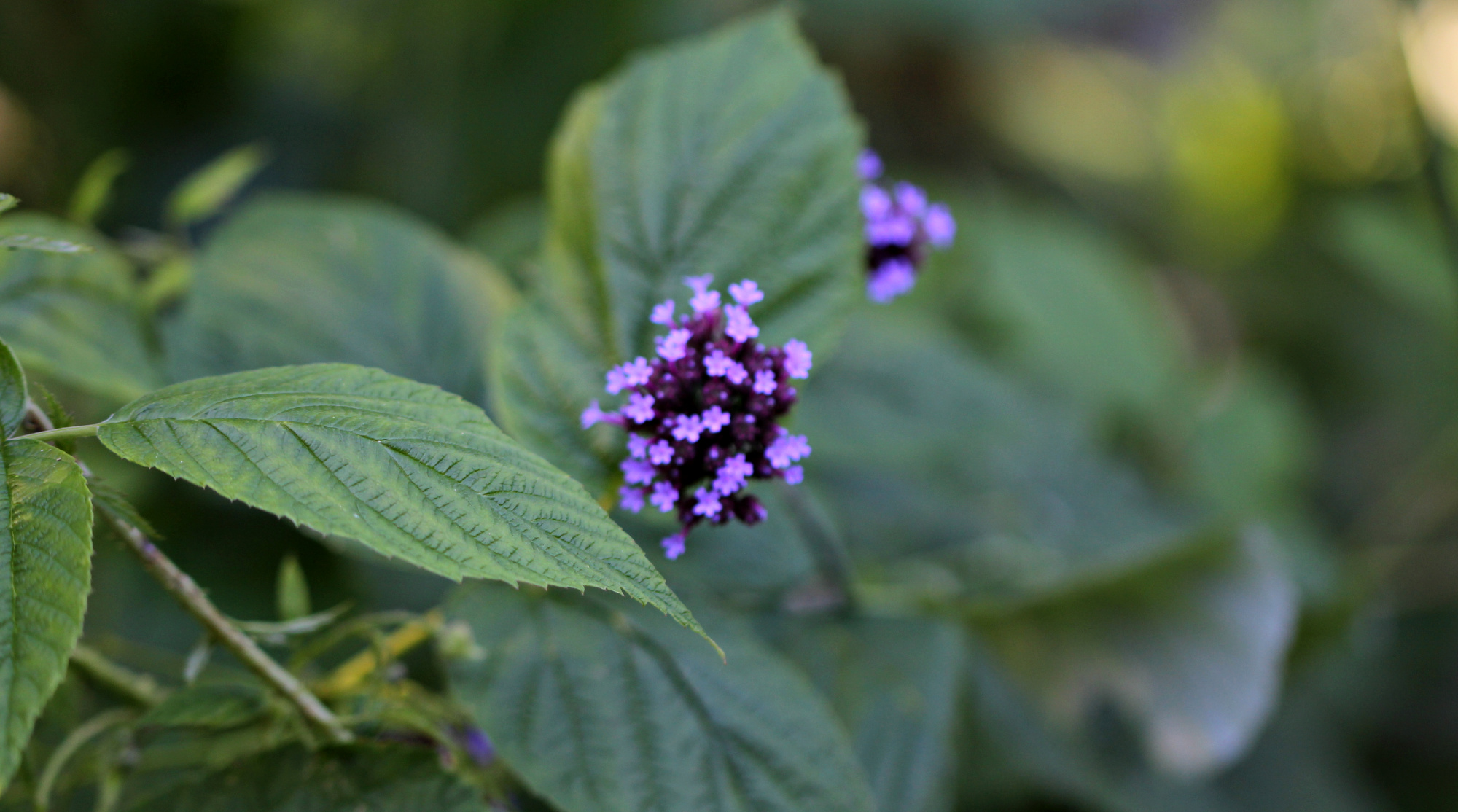 At first, I just cut and threw them on the compost heap, but then realized I could stick them in water and make a bouquet with them right then and there.  I usually don’t like using them in an arrangement because they drop so much debris, but doing it outside eliminated this problem. 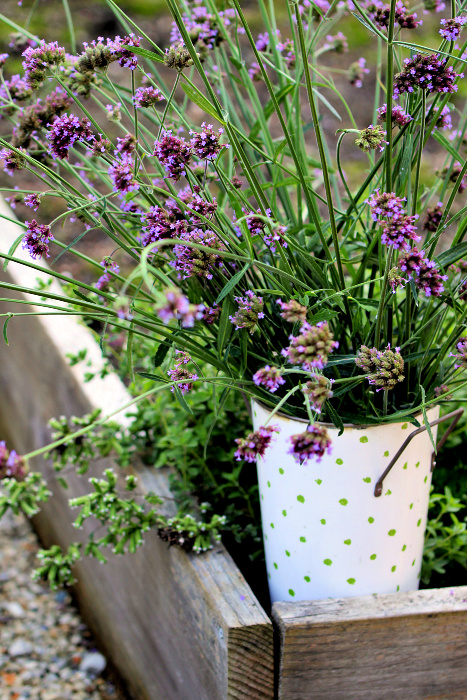 I tucked the vase into a corner of the herb bed so it wouldn’t topple over, and kept sticking the cut stems in the vase. 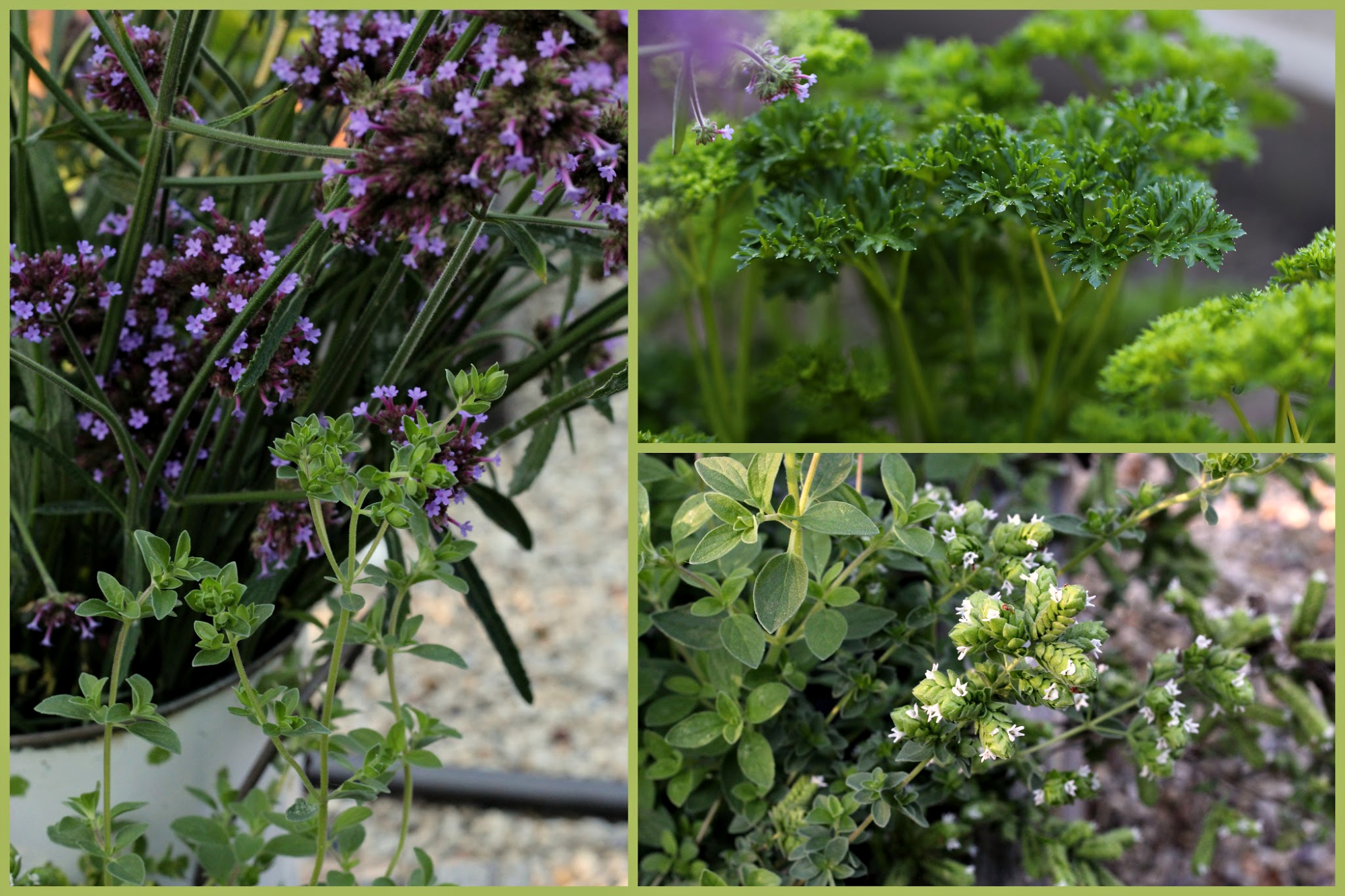 I didn’t make any effort to cut the stems the same length or make it look arranged.  This was more about not wasting a lovely flower than making a perfect bouquet. 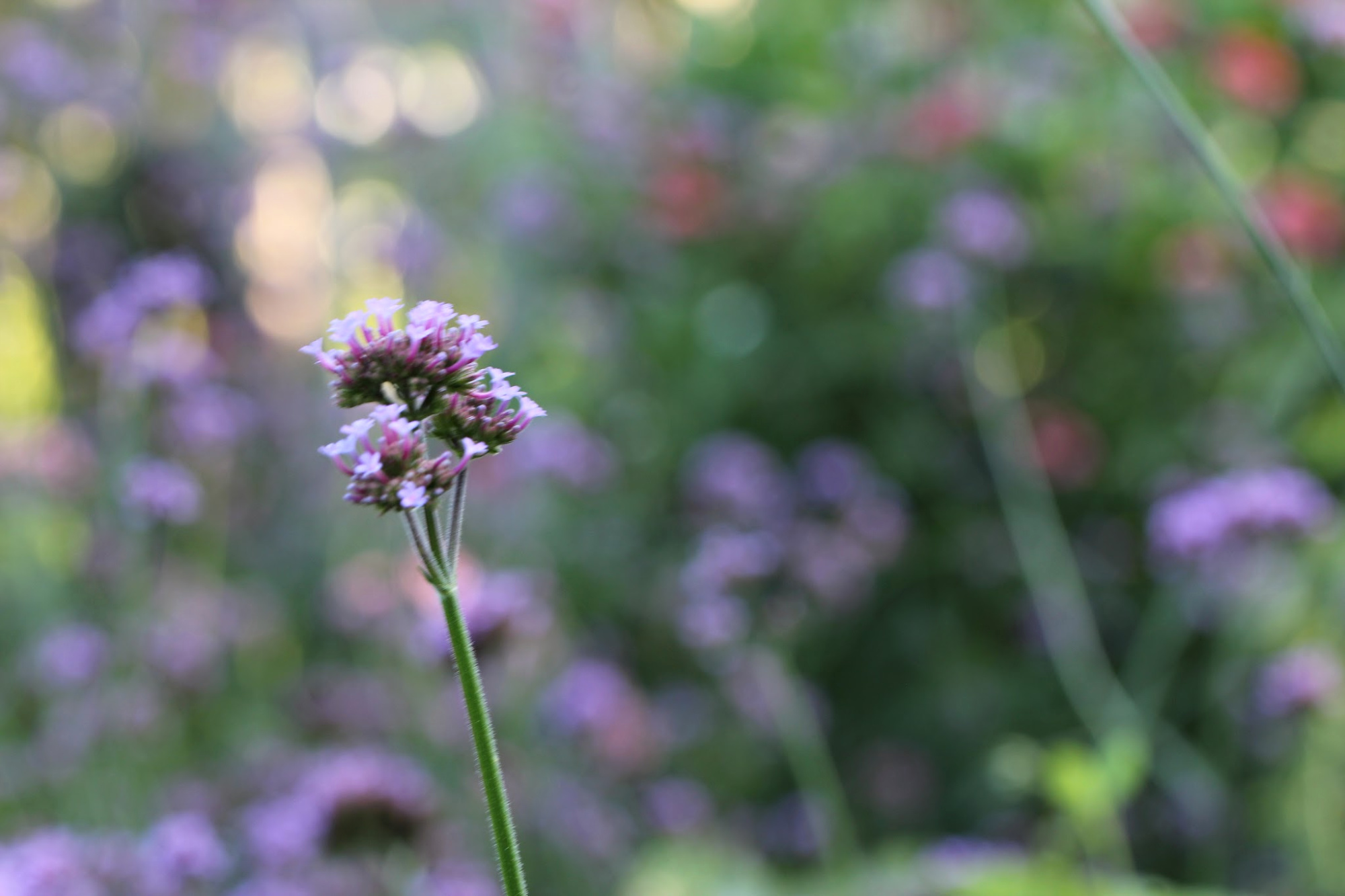 I set them on the concrete bench in front of the greenhouse for a photo shoot, someplace different than always using my screened porch. 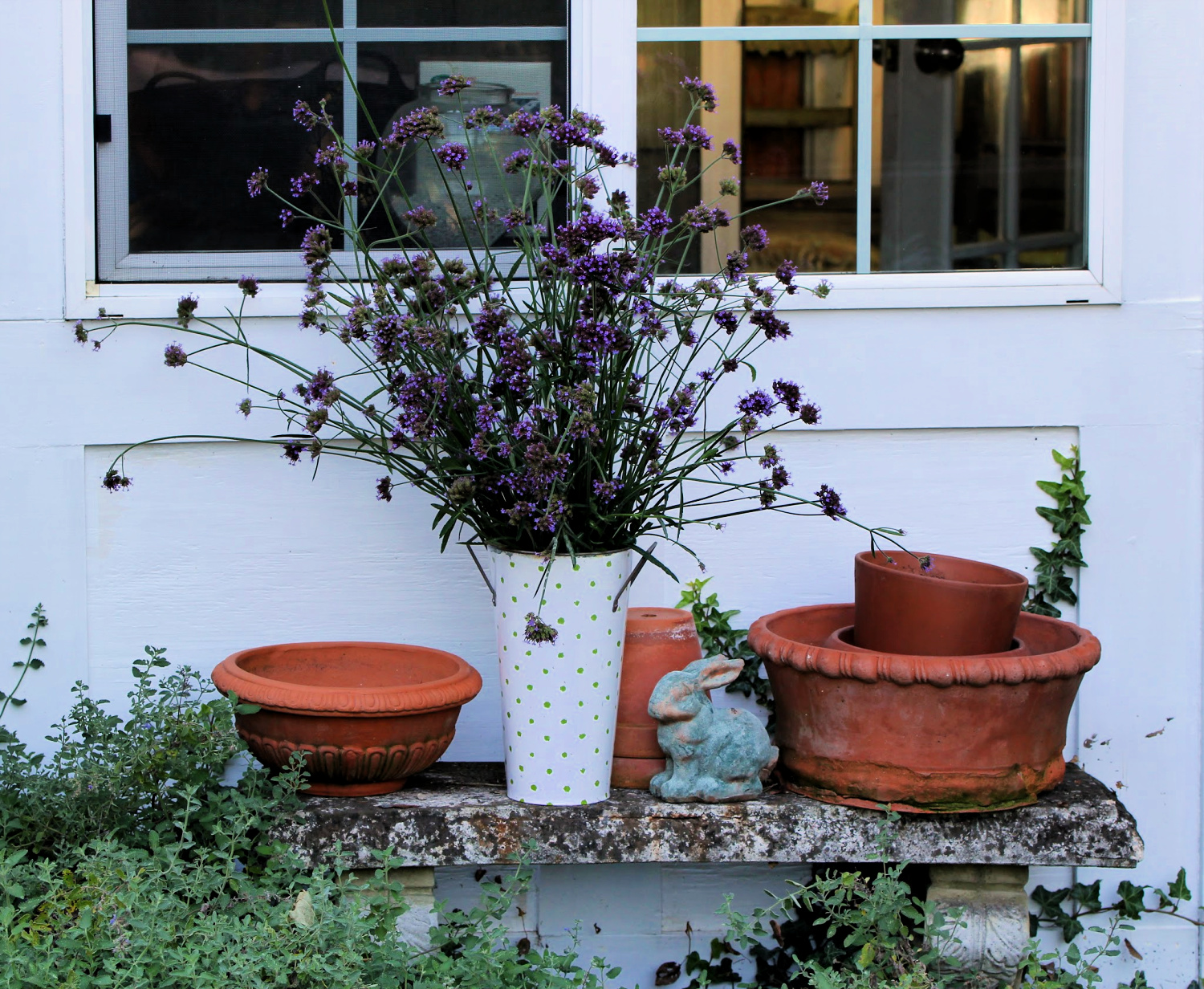 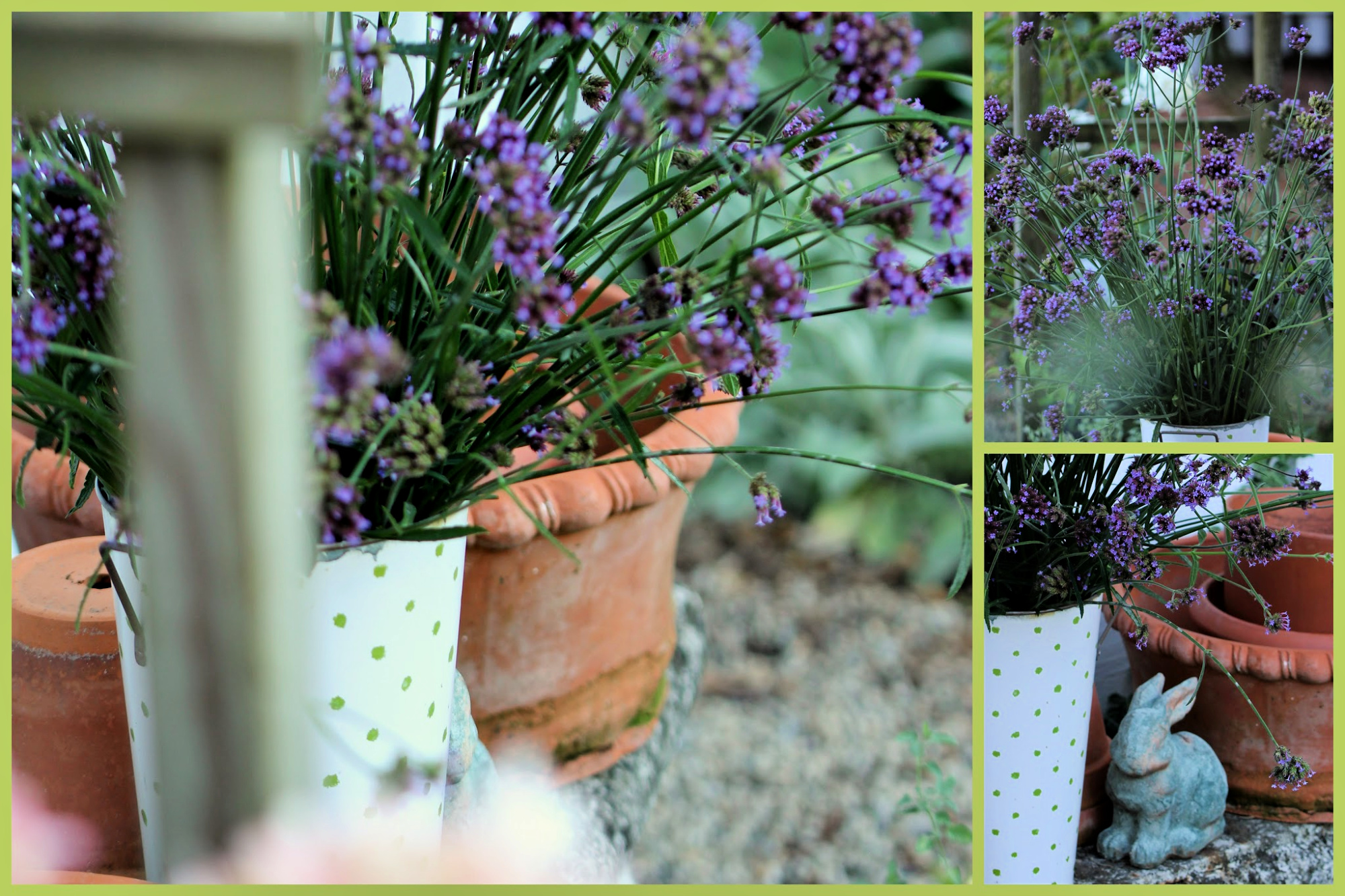 But they ultimately ended up on the wrought iron black table on the deck. 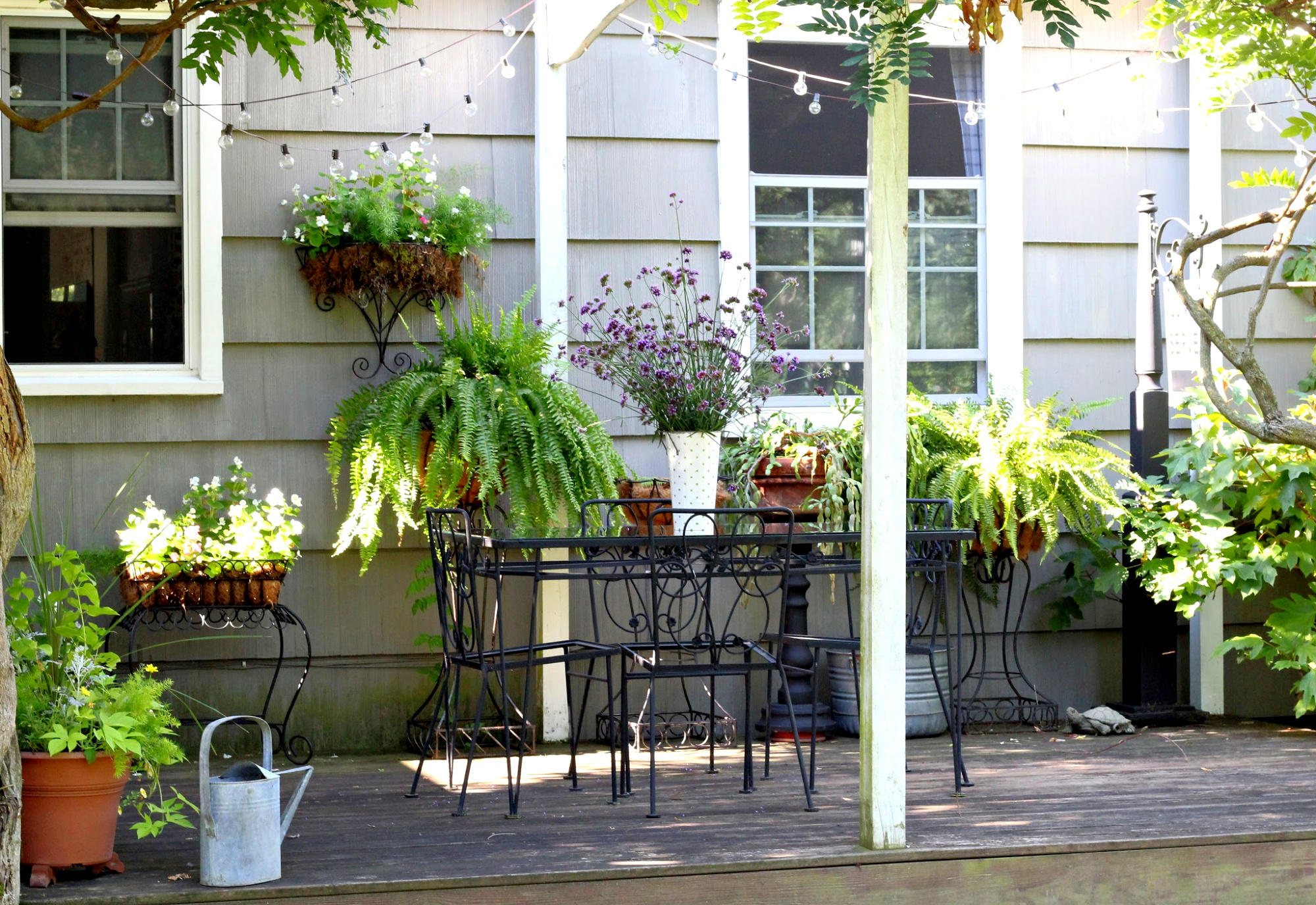 It is a rather large arrangement, and looked so much happier outside than in my dark house.  Plus, every time I look out the windows, it makes me smile. 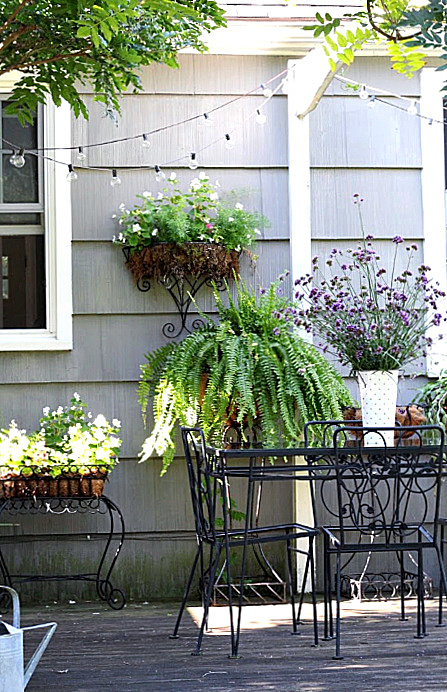 Verbena bonariensis is one of those special summer flowers that has an exquisite floating, airy quality that needs nothing else to add to it’s simple beauty. 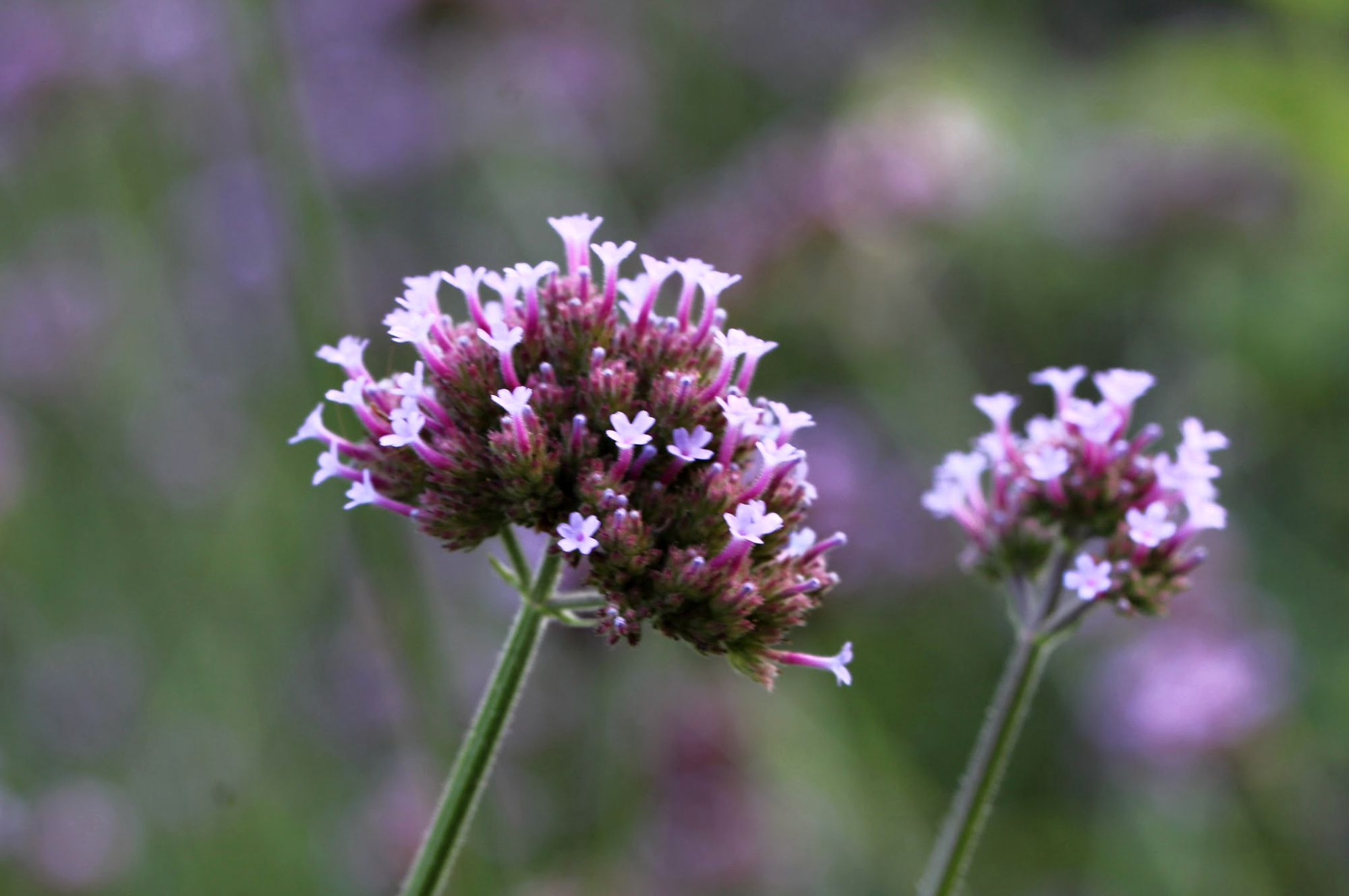 Linking with Cathy at Rambling in the Garden for “In a Vase on Monday”.  Check out all the pretty arrangements this week.