Watching football has a long history for me.  While a kid, living at home, watching the Cleveland Browns every Sunday was what my Dad did.  And while I enjoyed the sound of football in the background, I secretly prayed I’d find a husband that wasn’t obsessed with it.  And I did marry a man who didn’t like football at all.  The ironic part is that we went every Sunday afternoon to his parent’s home for dinner, and his Mom, who loved the Browns, somehow converted me.

When my husband’s job transferred us to Maryland, I immediately became an avid Baltimore Colts fan.  That is, until the owner, in the middle of the night, moved the Colts to Indianapolis.  I grieved for my Colts until I moved back to Ohio, where I resumed being a Browns fan.  Then one day, the Brown’s owner, moved the team to Baltimore.  That is when I gave up on NFL football.

I never really watched or was exposed to college football until I moved  back to Ohio and landed in Columbus.  Here, Ohio State football rules, and is practically a religion.  I was finally sucked in.  Here was a team I could love, and the best part was, no one could move them to another city.

I usually don’t watch football unless I’m doing something else at the same time.  People often ask me how I can do that and not miss the plays.  But after years of watching football, you can tell by the crowd noise, when the ball is going to be snapped.  That is when I look up, and if I do miss the play, there is always instant replay.

Usually while watching, I’m working on state map wall hangings for my Etsy shop.  But this year, I decided to work on the states for the teams I am watching.  This past weekend,  I chose to watch the Texas/Oklahoma game at noon, and the Iowa/Penn State game at 7:30pm.  I cut the states out of plywood the day before so I’m ready at game time. 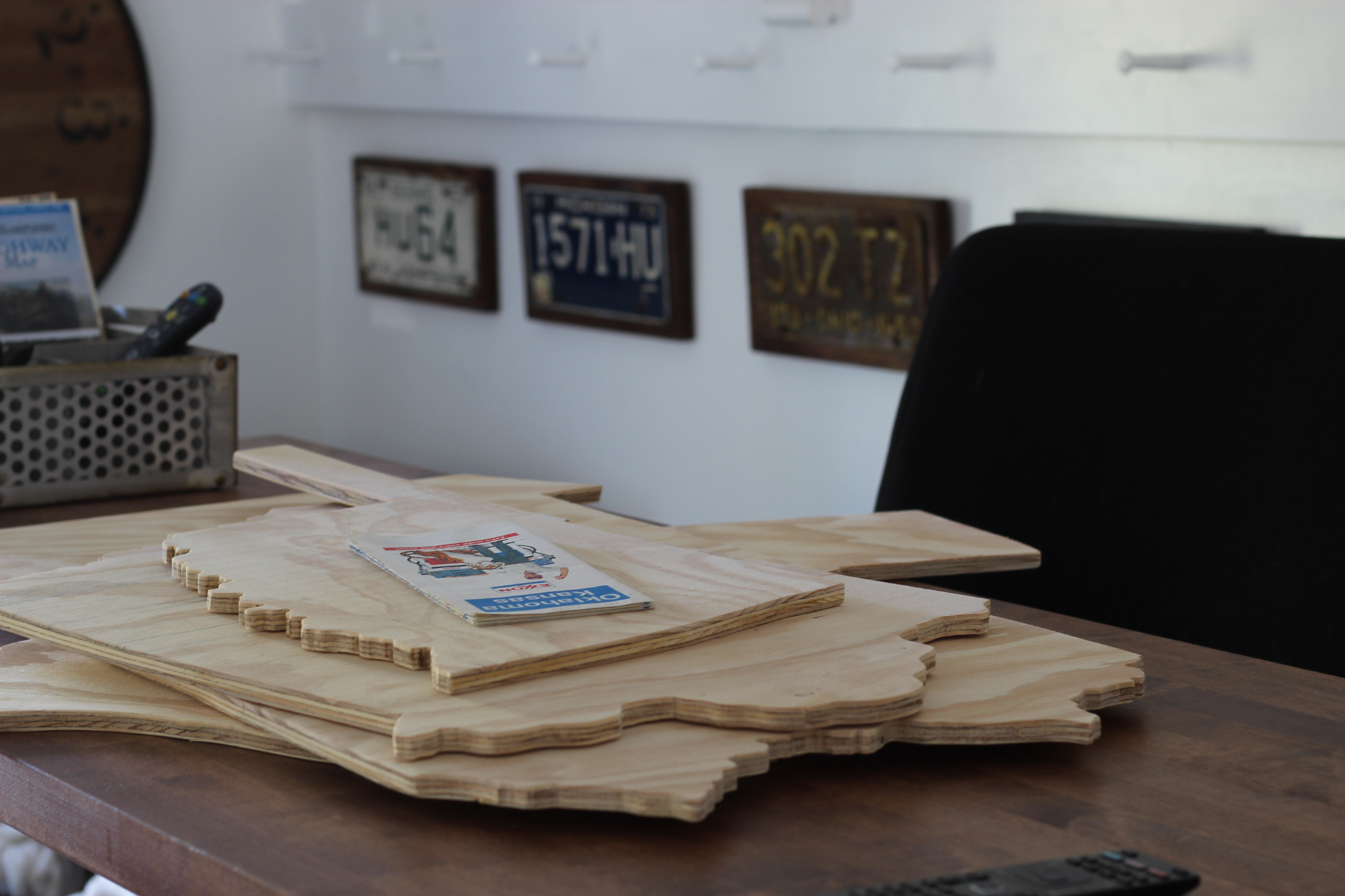 I work upstairs in my cozy work room, where everything is stored and no comfort spared.  I work at a standing work table I made to help my back. 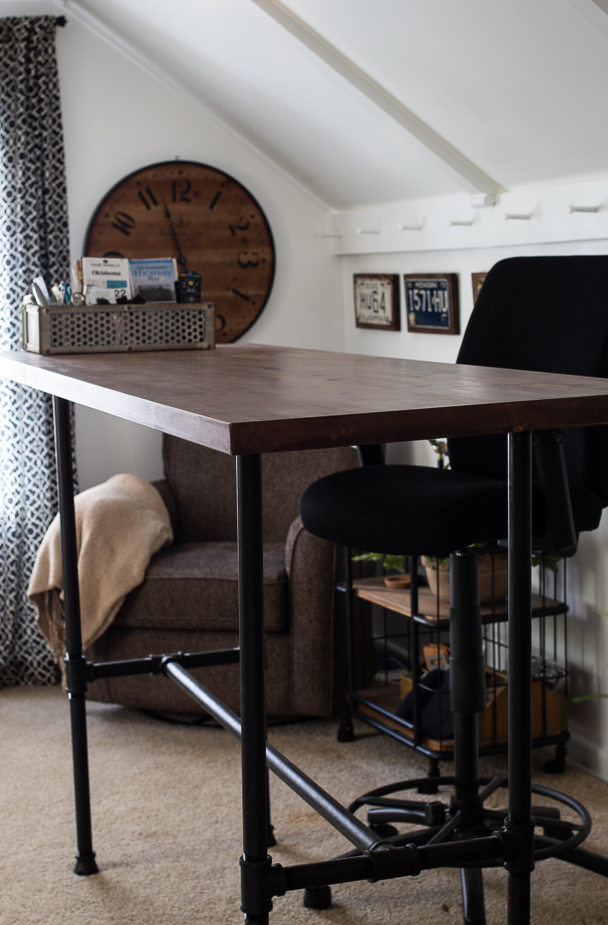 And a cozy chair in case I just want to rest awhile. 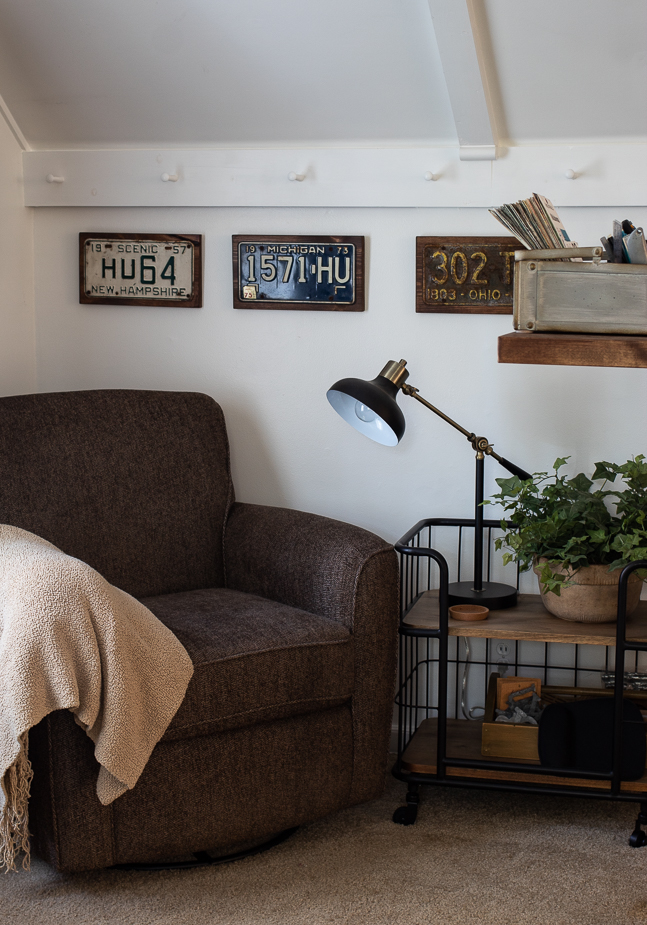 Usually, this is where Moby hangs out while I work. 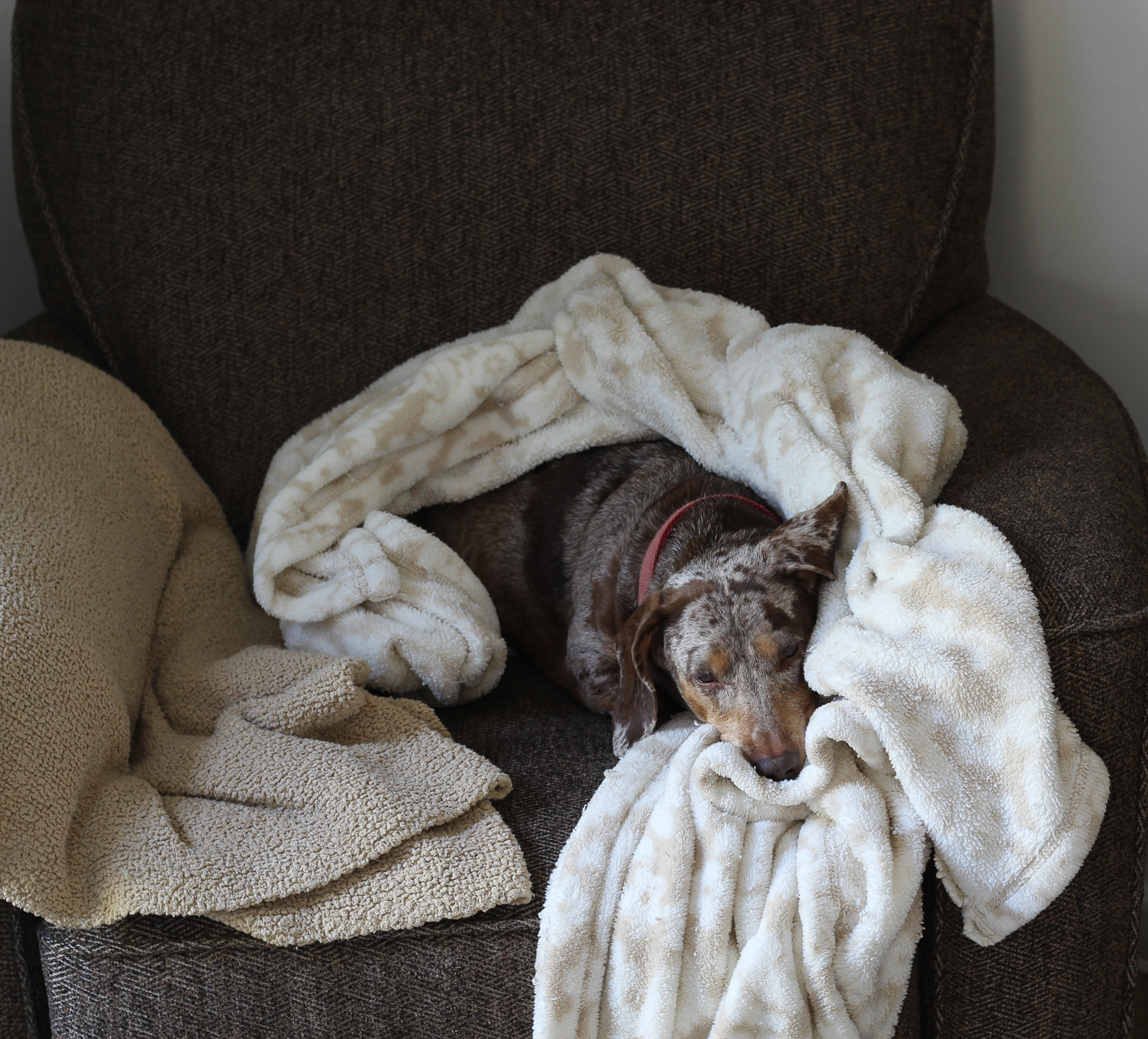 A caddy for all the tools I need and the remotes . . . 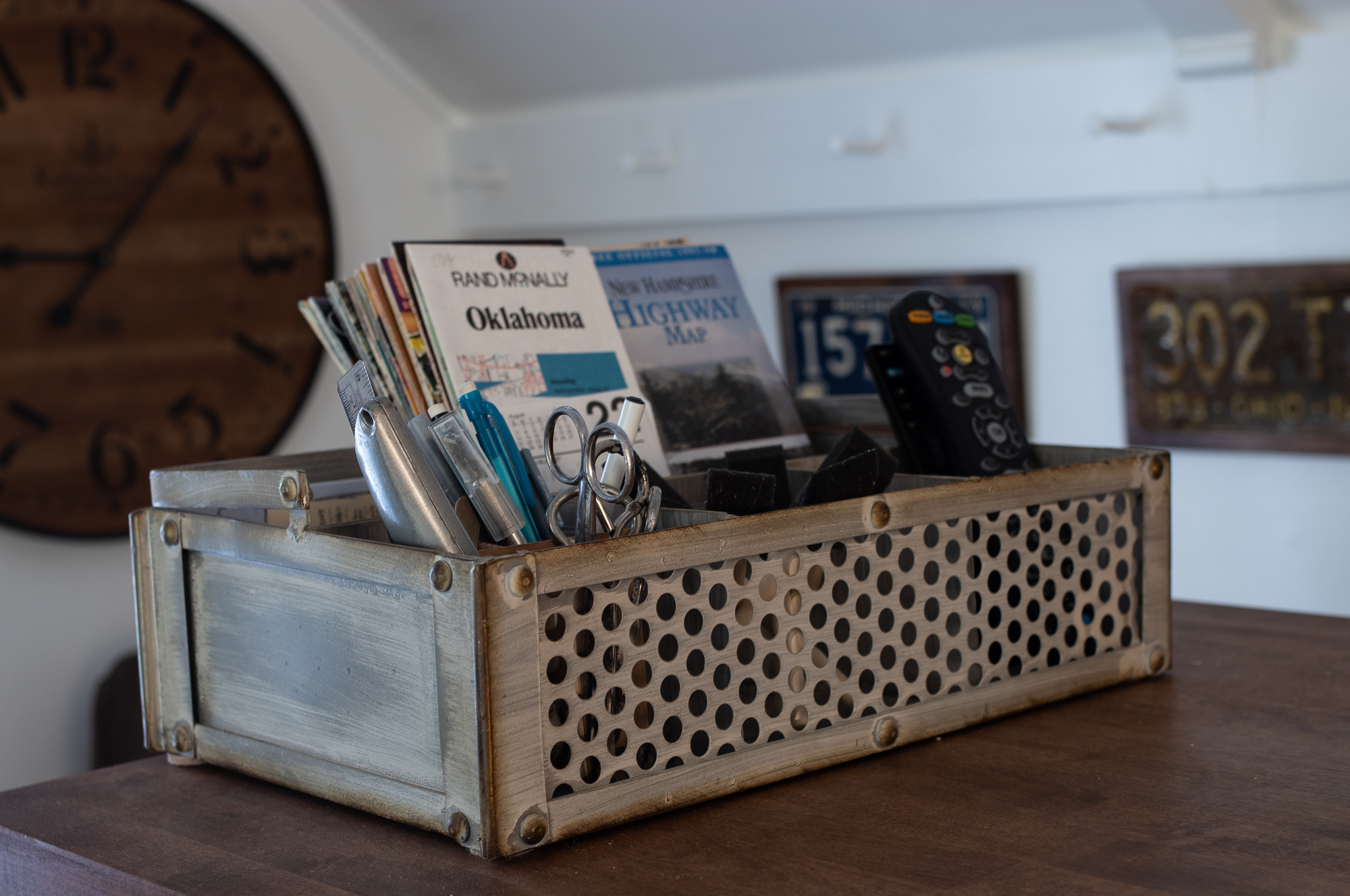 . . . because of course, a TV is a must.  That pile of Ohio maps were all made while watching Ohio State games. 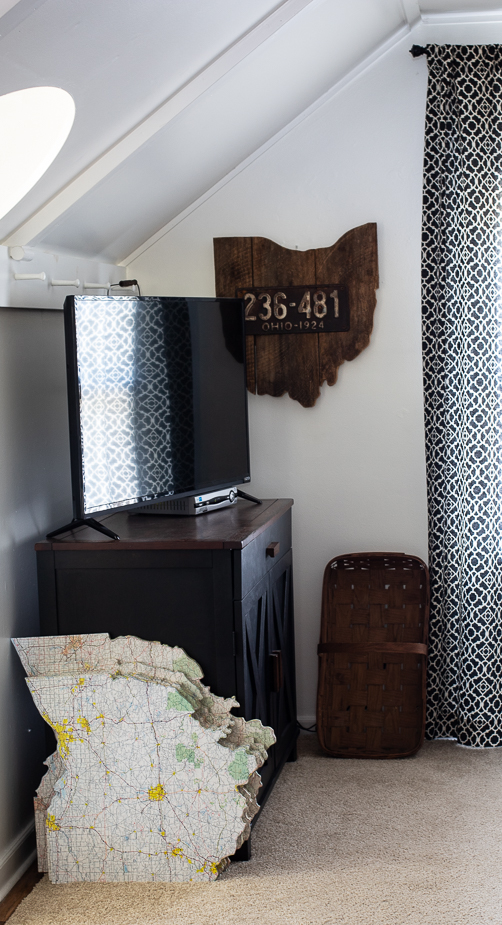 College football has lots of rivalries, but one of the best known ones is The Red River Rivalry.  It is played every year in October between the Oklahoma Sooners and the Texas Longhorns at The Cotton Bowl Stadium in Dallas, TX during The Texas State Fair.  The Red River forms part of the boundary between Oklahoma and Texas, which in the past has been the cause of conflict between the two states.  Several football rivalries are a result of boundary disputes, including the Ohio State and Michigan rivalry.

A fun part of making state maps to sell is that I always try to learn something new about the states.  I may never get to visit them, but I do my traveling by looking at the rivers, mountain ranges, cities, and parks. 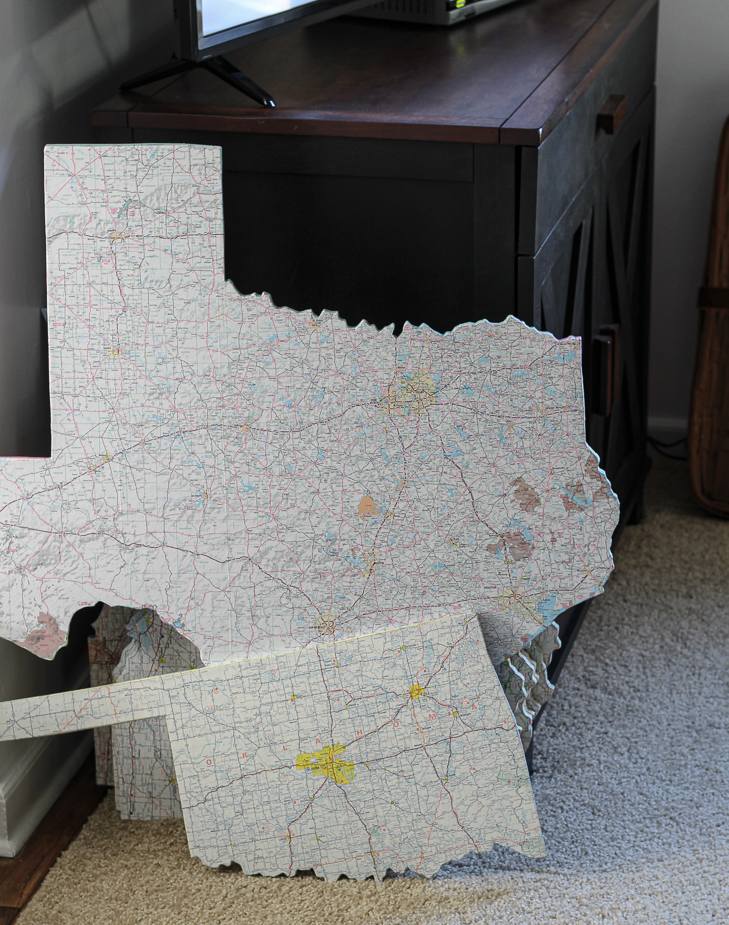 Since I was interested in watching a Big Ten night game, I took the opportunity of the 3-4 hours in-between games to take the dog for a walk, make dinner, and catch a nap.  Dinner was a nice bowl of potato soup with bacon and cheese sprinkled on top, perfect for a cool fall day. 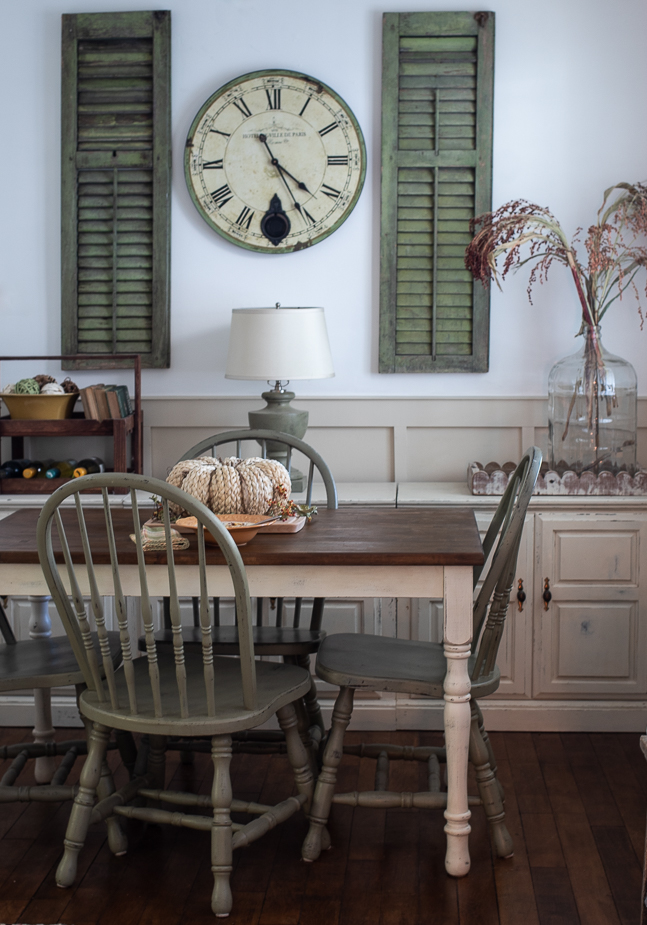 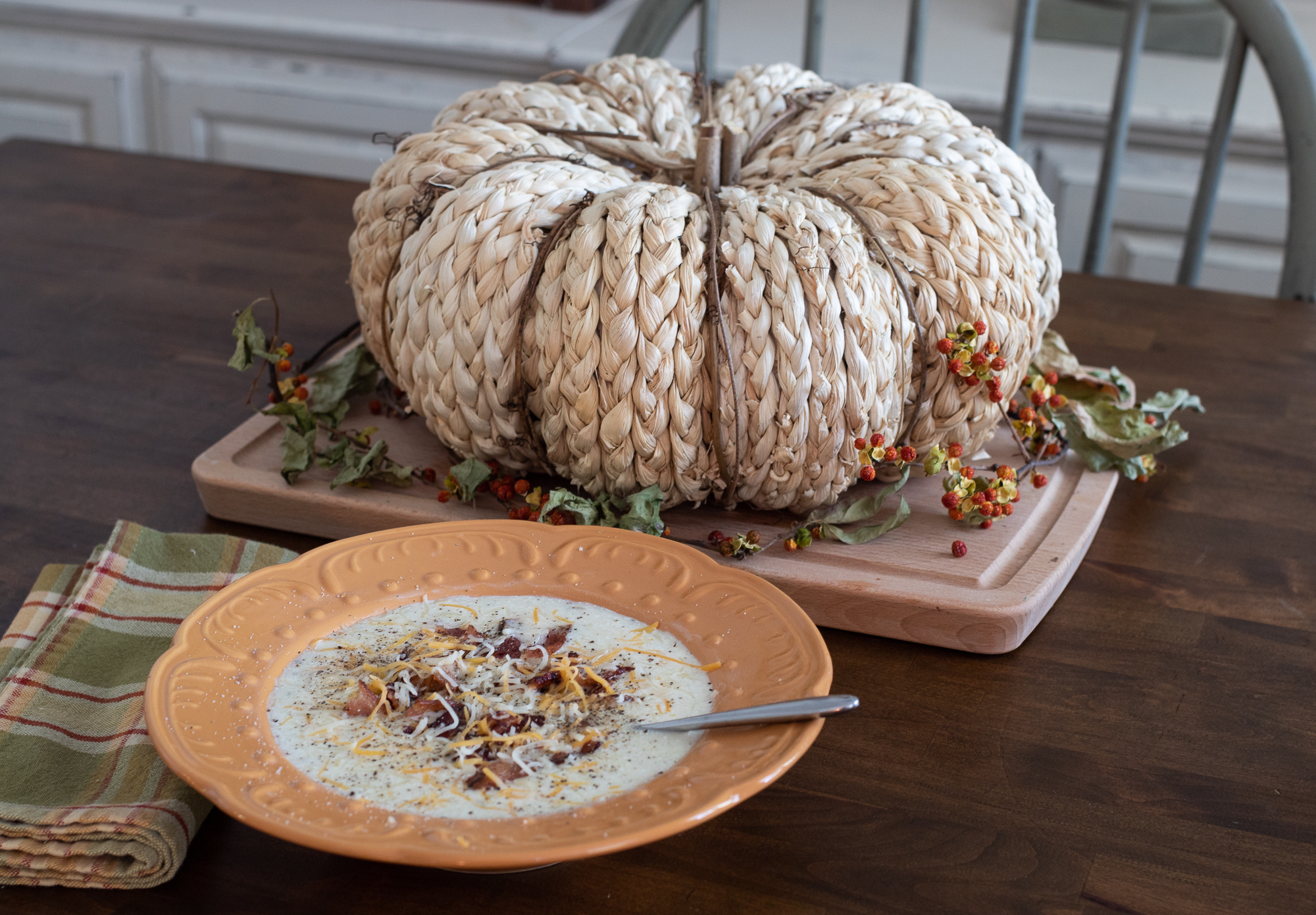 By the time the evening game between the Penn State Nittany Lions and the Iowa Hawkeyes came on, I was refreshed and ready to go for a few more hours of map making.  I don’t usually watch games, unless as an Ohio State fan, I have a vested interest in them, knowing that the outcome of these games, will have an impact on our standings or future games.

Neither game went the way I was hoping, but nonetheless, it was a productive day of map making for shop inventory, as I gear up for Christmas sales. 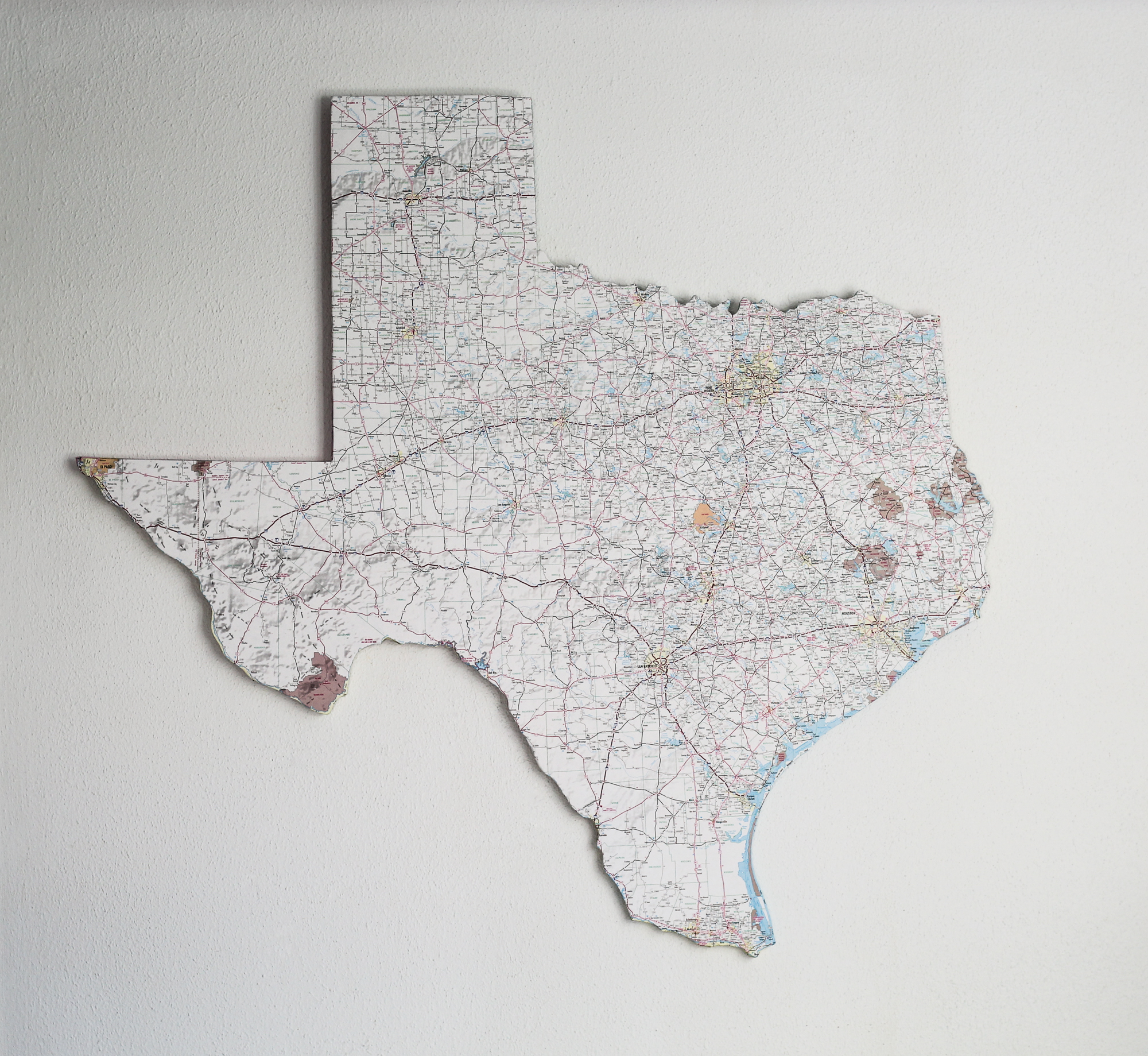 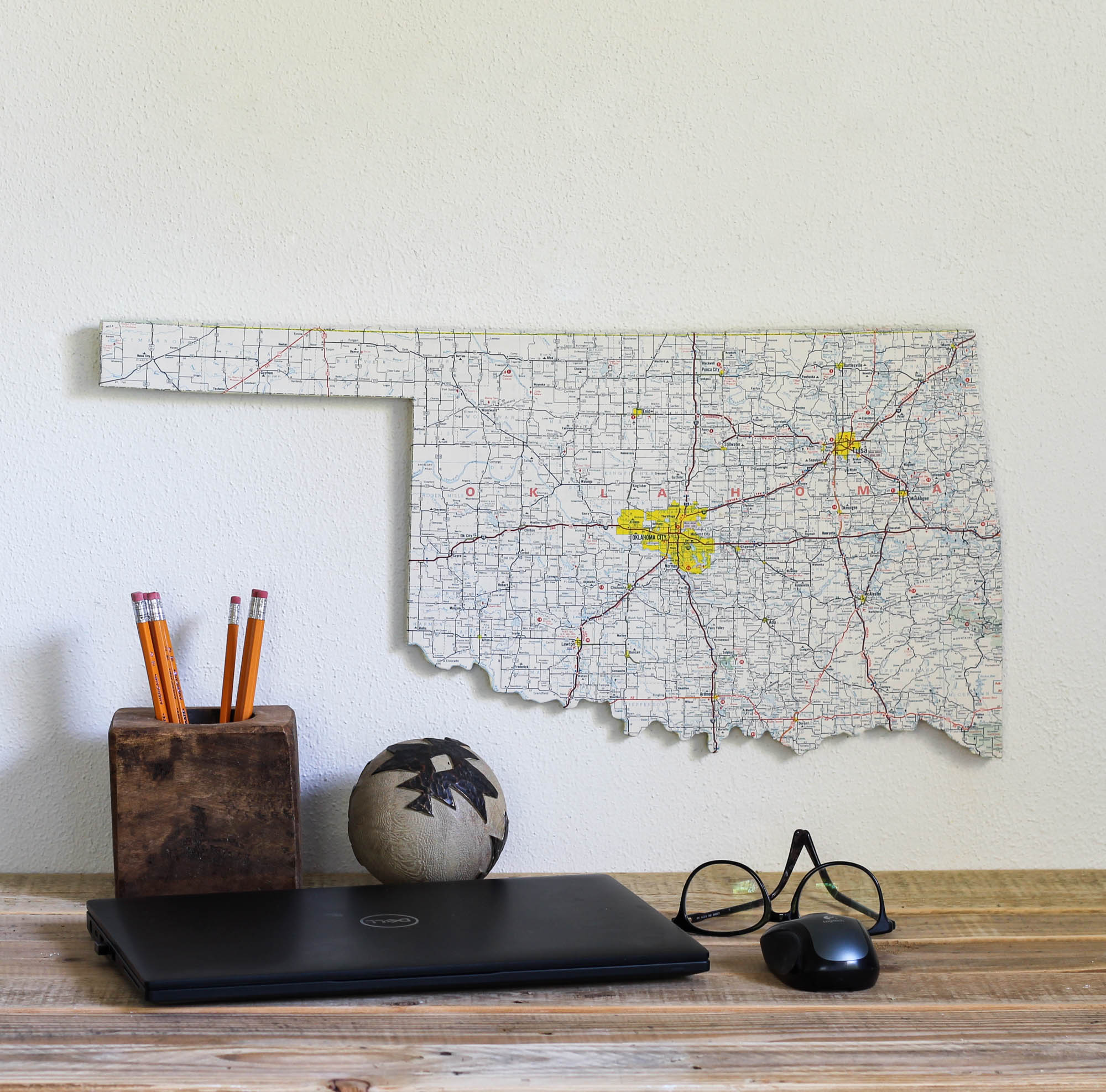 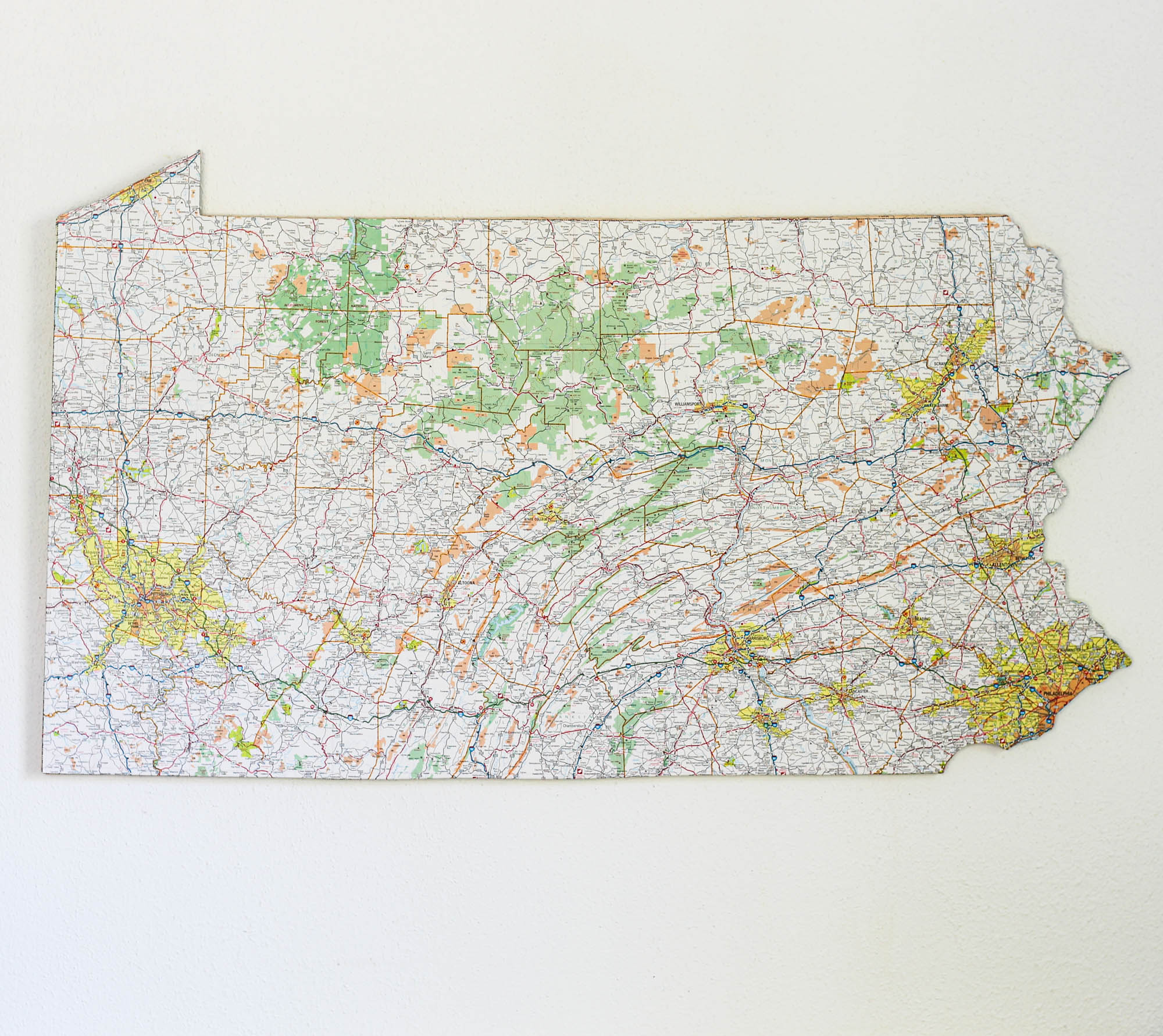 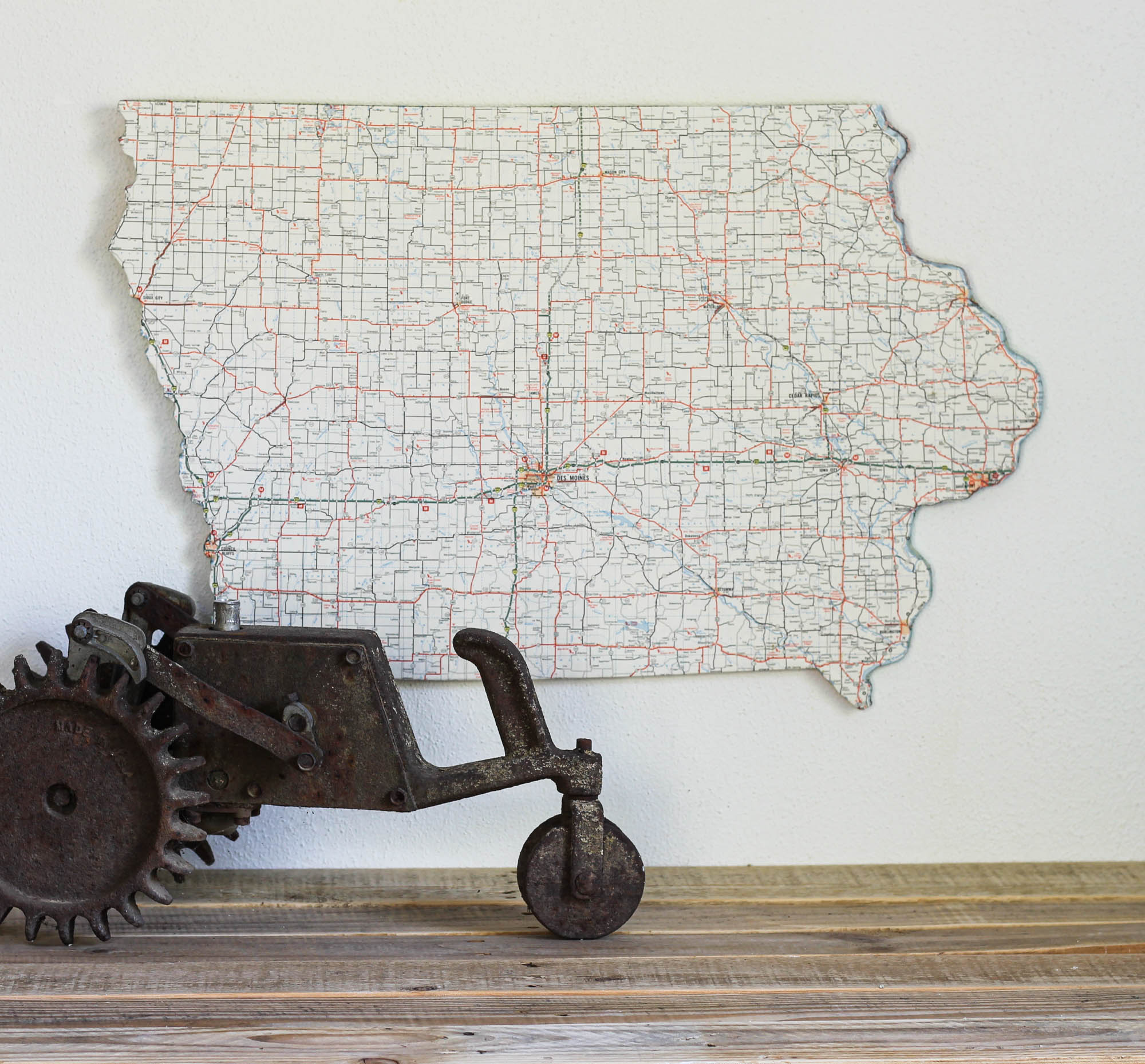 How do you spend your college football game day?  I bet it’s in a more relaxing way than this, but actually working on the maps helps me deal with the stress of a really close game, and preserves my fingernails (if you know what I mean).