Sunday was a warm day for December, and the perfect time to finish up raking leaves and redecorate the urns for Christmas.  I pulled out the fall arrangement of cornstalks a few weeks ago and arranged a trio of birch logs. 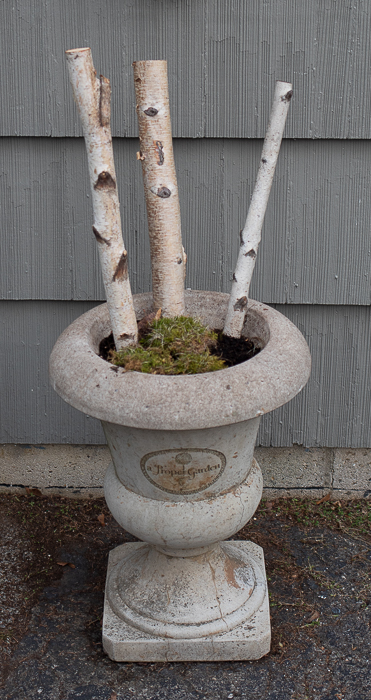 I follow a blog called Dirt Silver, written by Deborah Silver, a landscape and garden designer who owns Detroit Garden Works.  She writes posts showing the composition of beautiful arrangements made by her staff for their customers.  Their outside arrangements are stunning, and although made for grand homes, the principles are the same for smaller arrangements, and their work is inspiring.

I cut branches from a large blue spruce in my back yard to make the first layer around the base, by simply sticking them in the dirt.  Next, I added some fragrant pines I bought from a local nursery to give the arrangement height. 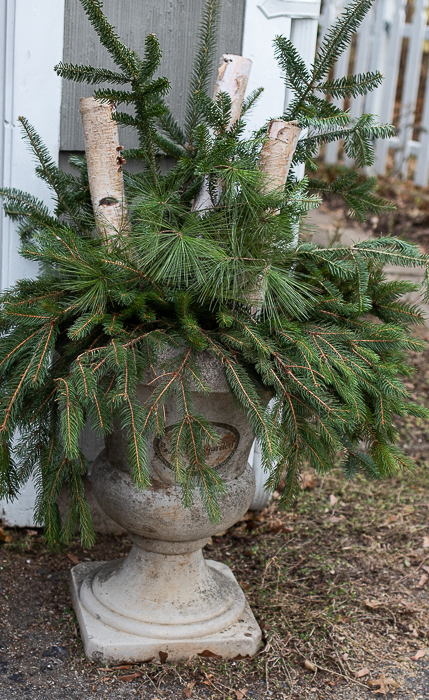 I have an urn on each side of the garage door, so it was important to keep them both nearly identical.  I filled in with pine cuttings until the urns were full.

I didn’t get a photo for each step, but next in the arrangement were some weeds I found at the base of a lamp post in a JoAnne Fabrics parking lot.  They looked so pretty I just had to pick them and then spray painted them white. 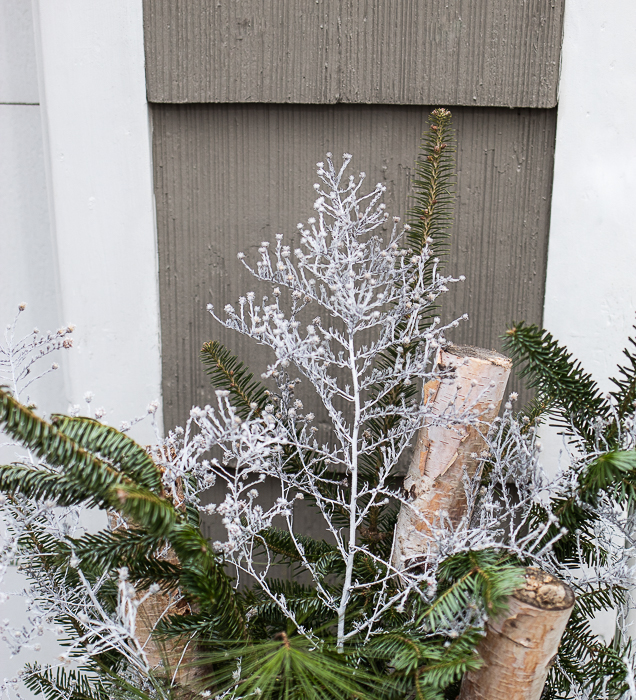 Next I added some branches of red berries that I use every year to brighten the arrangement and some red and white plastic ornaments. 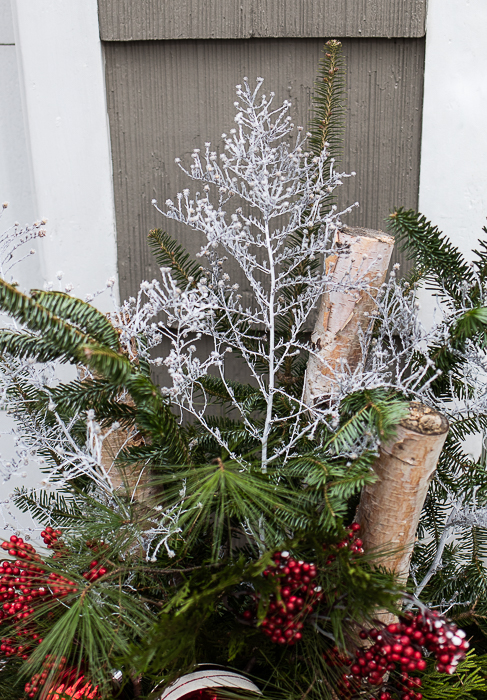 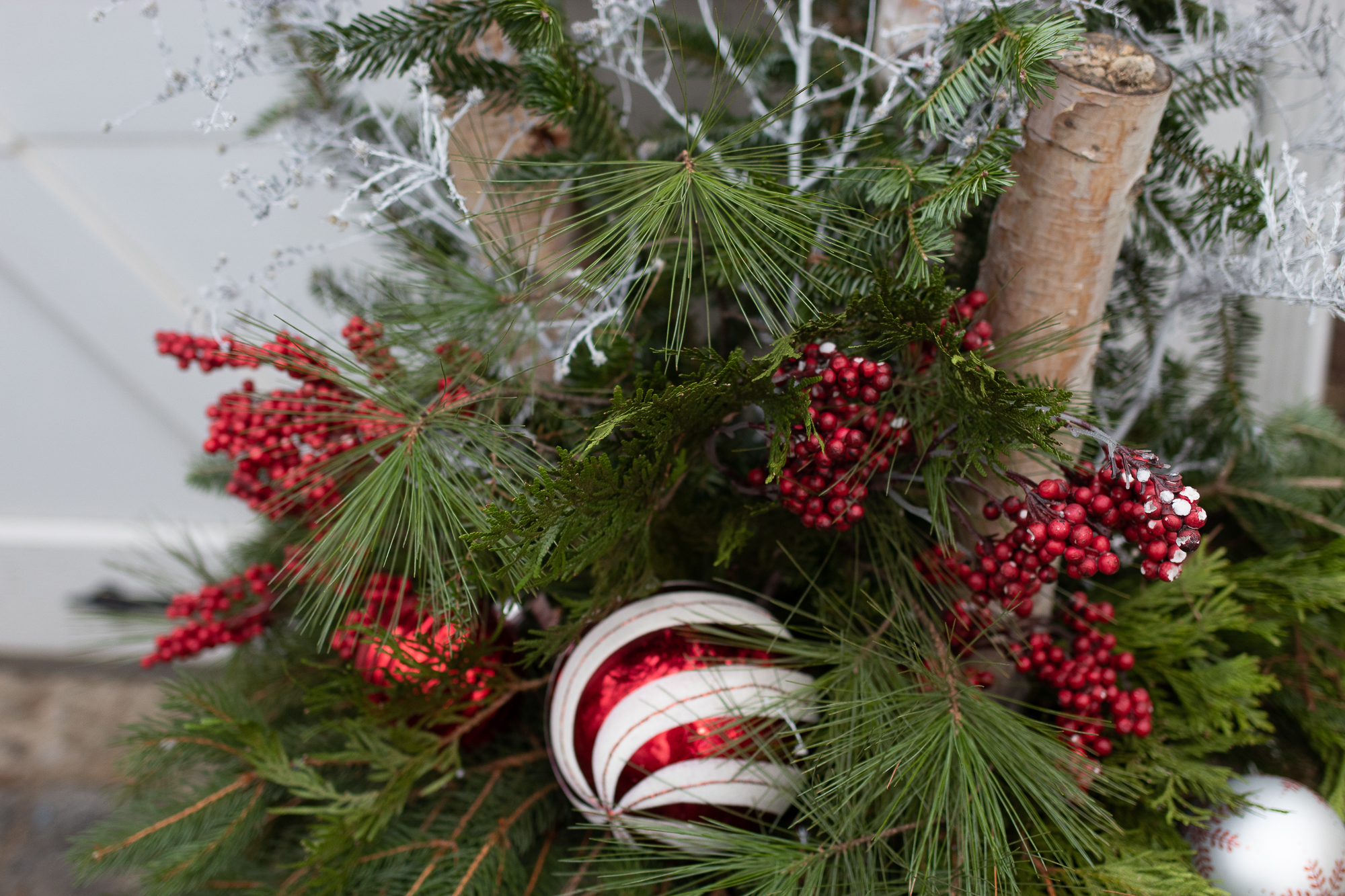 My house is gray with white trim.  And although I don’t use much red inside my house, I like the contrast against the gray outside, where it can be seen from the street. 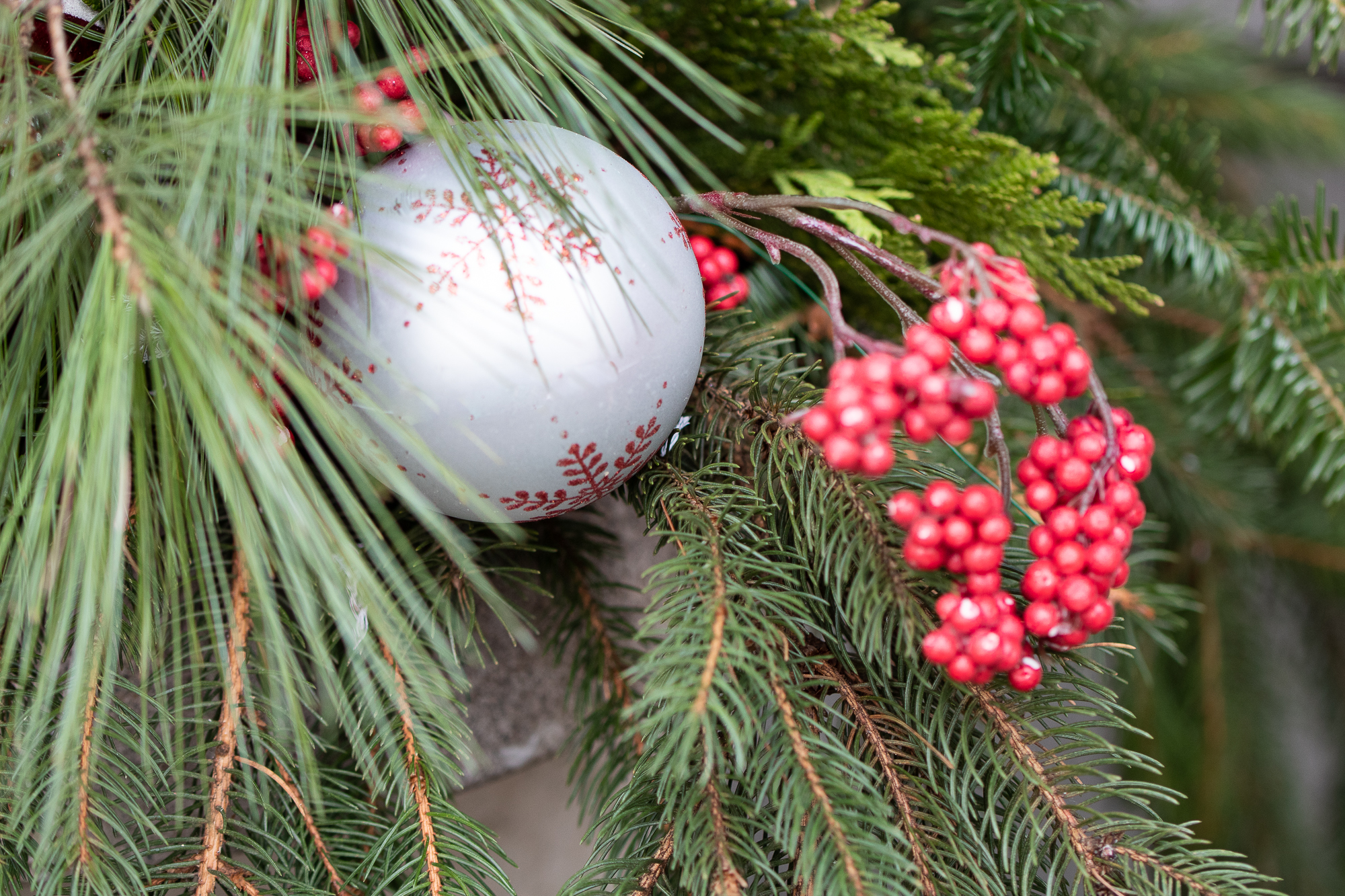 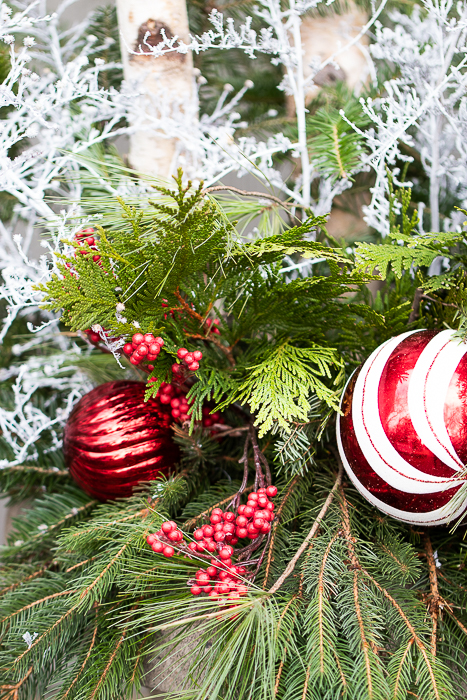 I like simple and classic when it comes to outside decorating and I use these same decorations year after year.  A simple look is usually also simple to put up and take down. 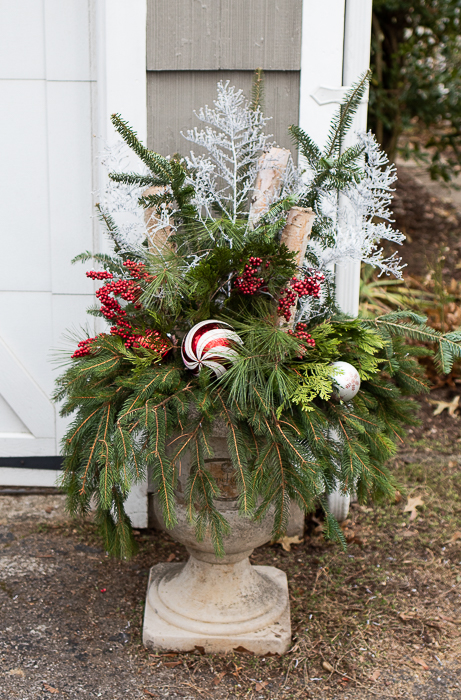 My arrangements aren’t as grand as you’ll see on Dirt Simple, and neither is my house.  But these simple arrangements will flank my garage door for the Christmas season and throughout the winter when snow and ice will make them even more beautiful. 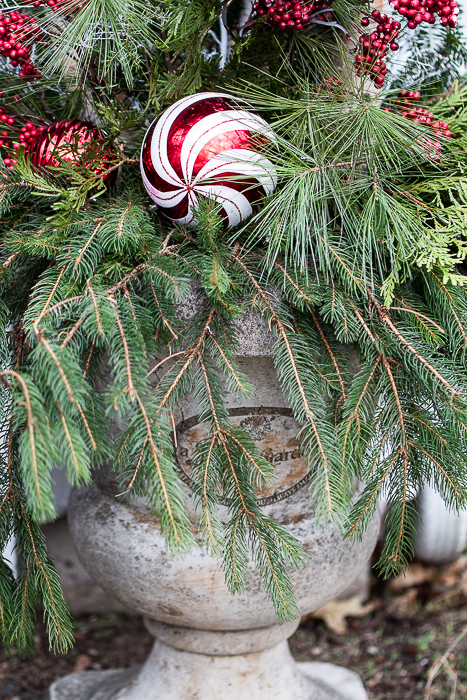 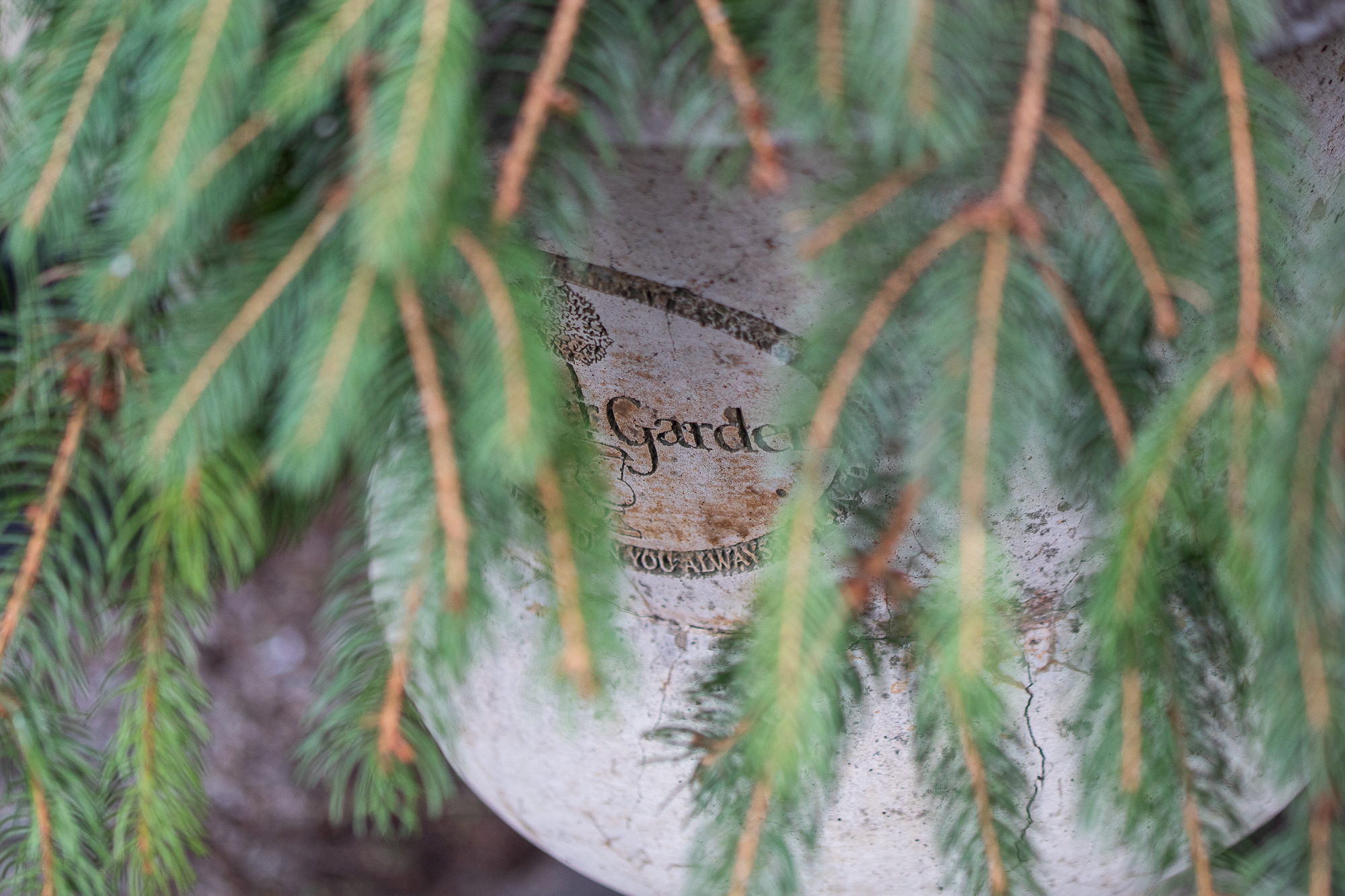 Evening in the garden. The perfect time and place

In Him is life, and that life is the light of men.

Walking out into the garden this morning after a h

One of my David Austin roses blooming it’s lovel

Be strong and take heart, all you who hope in the

The tranquility of evening light . . . #ferns #

Anyone have any advice on dealing with Poison Heml