This recipe for veggie chili came from a Facebook friend and it makes a very large pot full, much more than one person can eat.  It is easy to make and has great flavor. 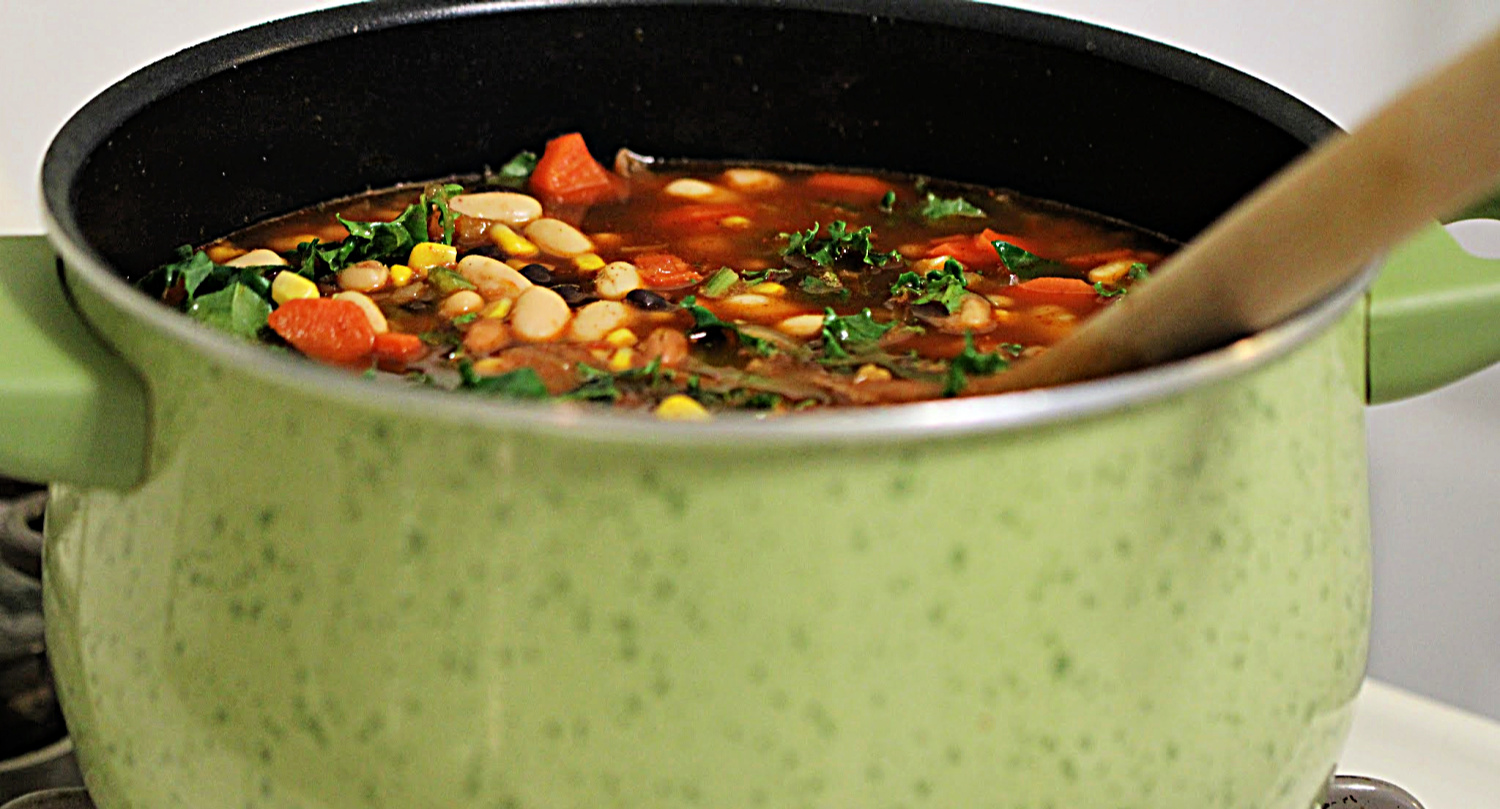 I try to make it several times each winter as it is healthy, filling, and perfect for snowy days. 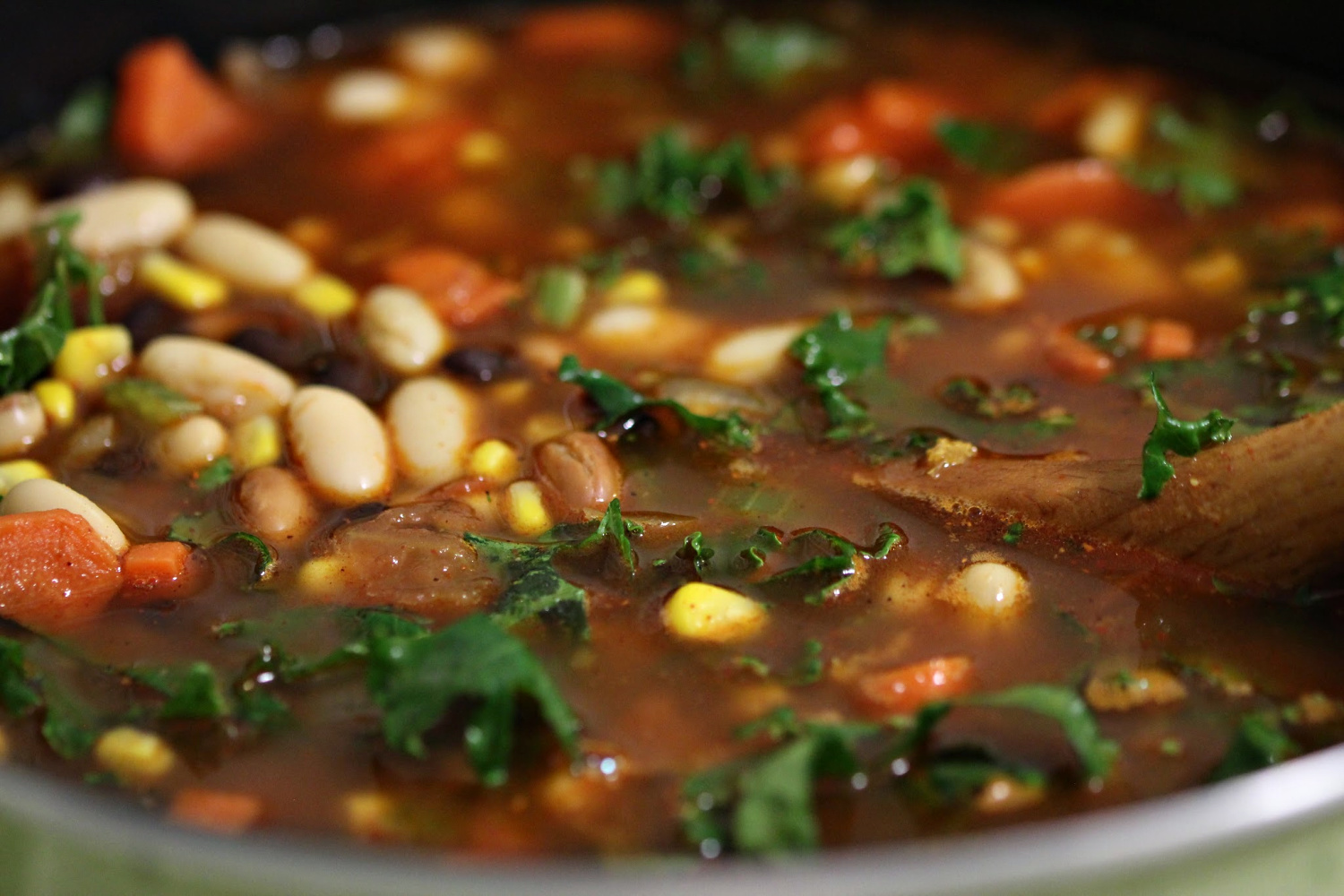 When I was deep cleaning my refrigerator and cupboards a few weeks ago, I was appalled by how much food I had that was outdated or spoiled.  I made a New Year’s resolution to try to be more responsible with my food and the money I spend on it.  I’m trying to plan out my meals for a two week period.  And if I buy a special ingredient, I’m trying to include several meals in that menu that will use up all of the ingredient, instead of letting it spoil or go to waste.

Since this veggie chili makes enough to feed an army, I found a way to change it up and extend it into more meals.  After eating half of the chili, I purchased a bottom round roast and threw it in the crock pot while still frozen.  Any inexpensive cut of meat will do since you are going to be slow cooking it all day in the crock pot.

I poured a package of Campbell’s Slow Cooker Sauce “Apple Bourbon Pulled Pork” over the cut of beef and let it cook all day.  You certainly could use pork if you preferred. 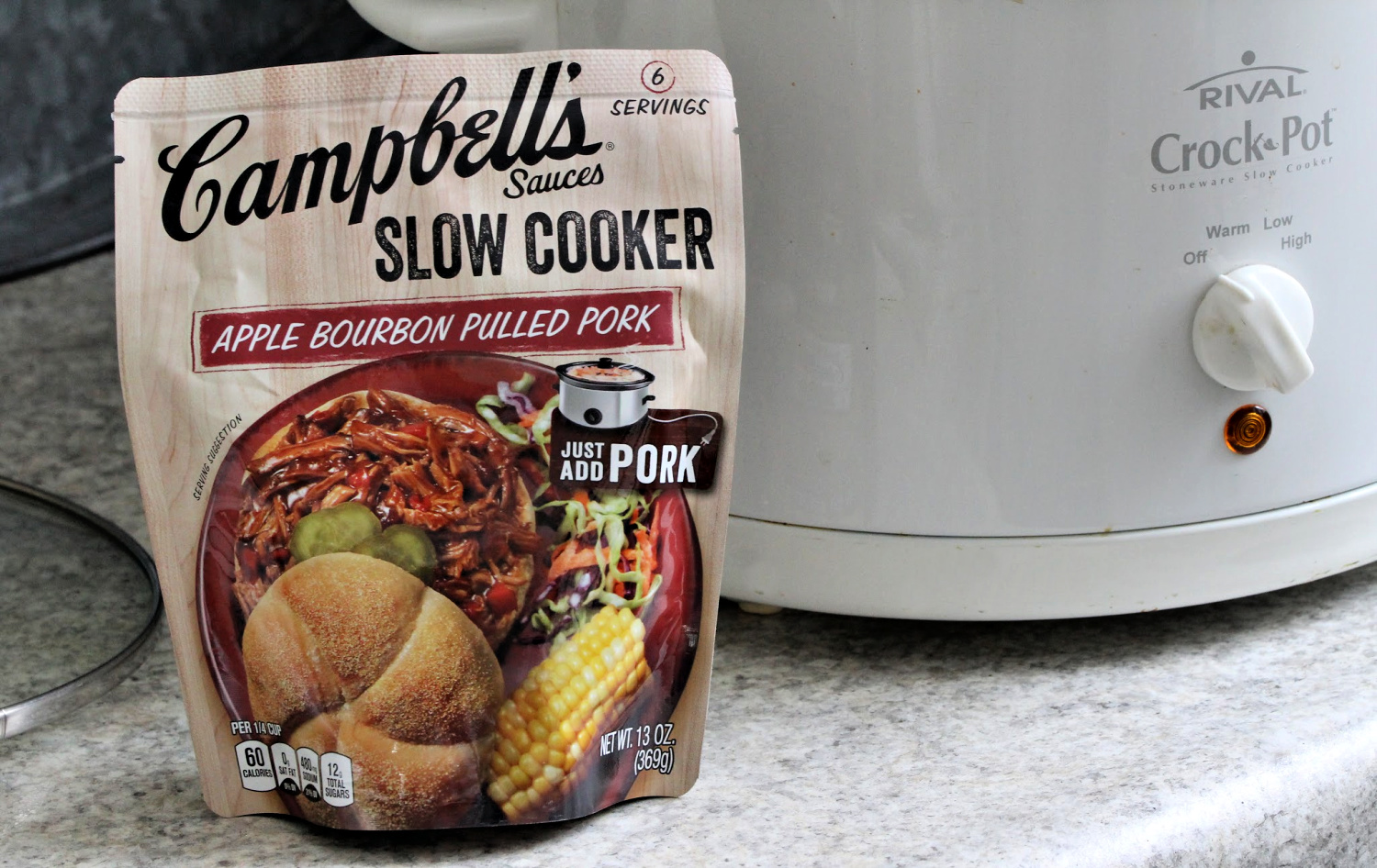 The apple bourbon sauce not only changes the flavor slightly, but enhances it. 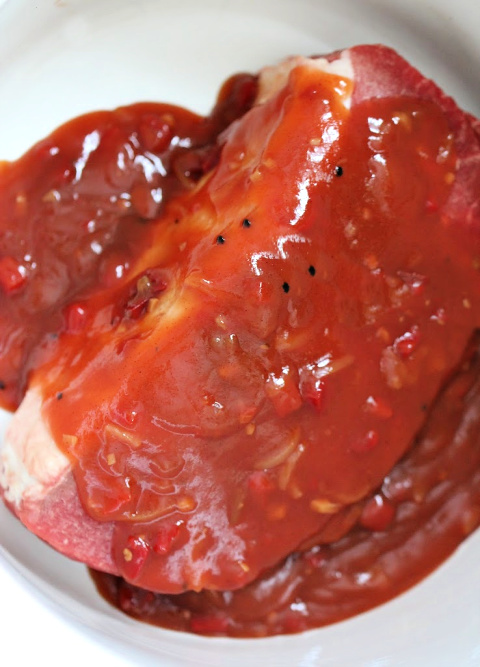 After the meat is nearly cooked, I added cut up potatoes with their skins on, and let it continue cooking for another hour. 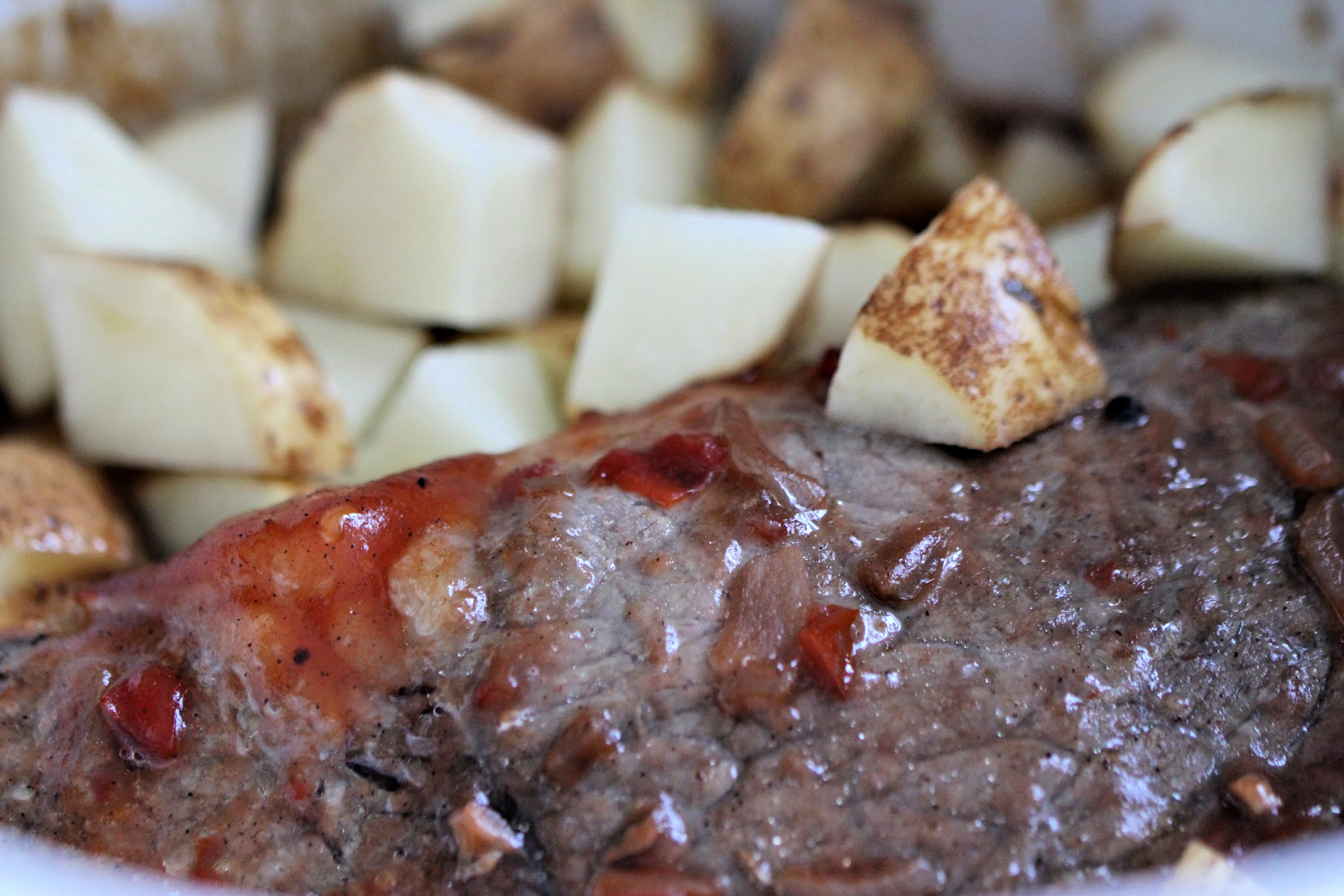 And finally, I dumped the remains of the veggie chili in with the meat and potatoes and cooked it just long enough to heat the chili.  It makes a delicious stew. 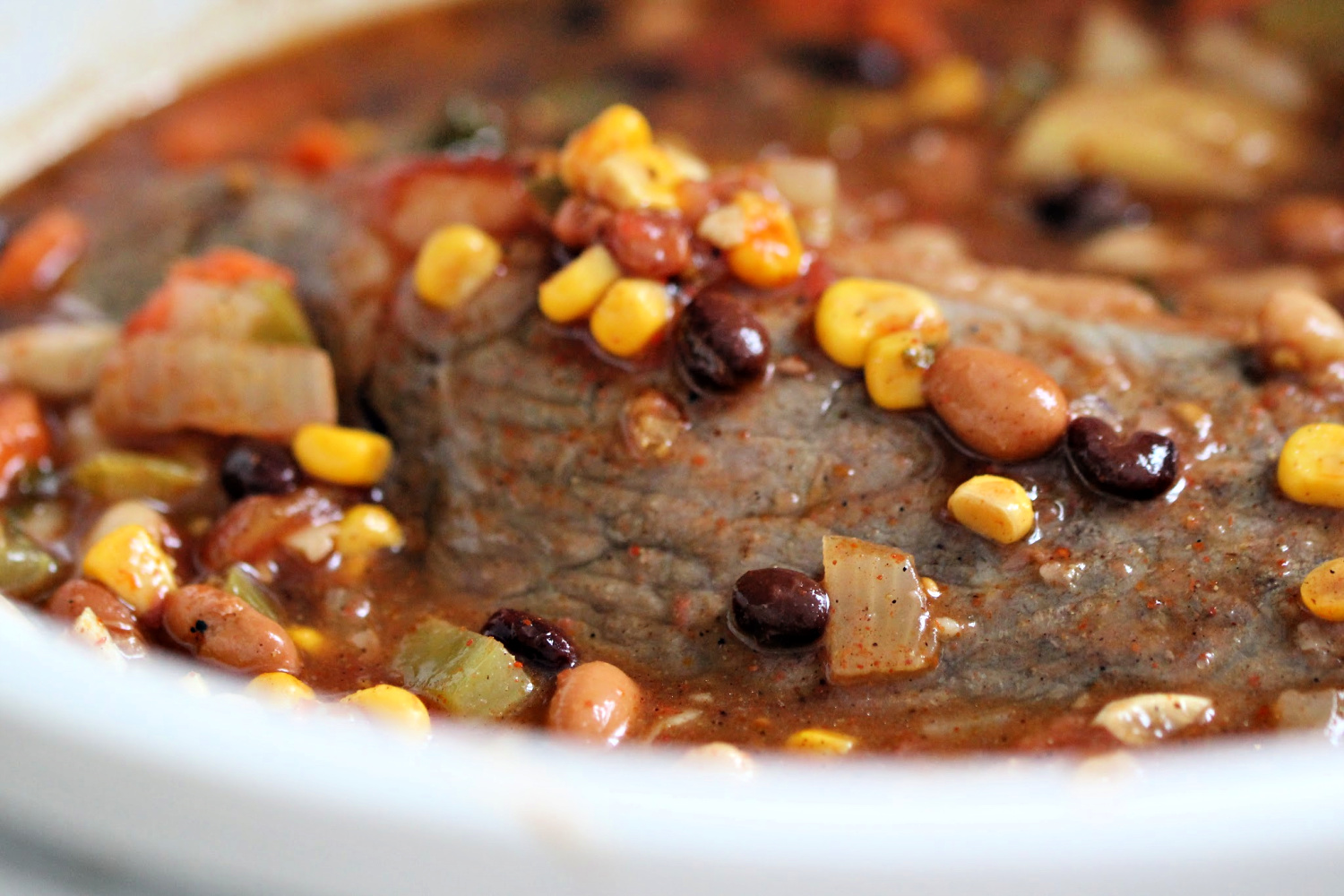 The veggie chili had called for kale in the recipe, and if you’re like me, when I buy kale or cilantro for a recipe, the unused portions of it always end up going to waste.  I was determined this time to find a way to use the kale and stretch it into more meals.

Did you know you can extend the life of fresh kale and keep it from wilting and going limp?  A grocery store worker told me to take several paper towels and dampen them.  If you place the paper towels over the kale and place it back in the plastic bag, it will keep it fresh and crisp. 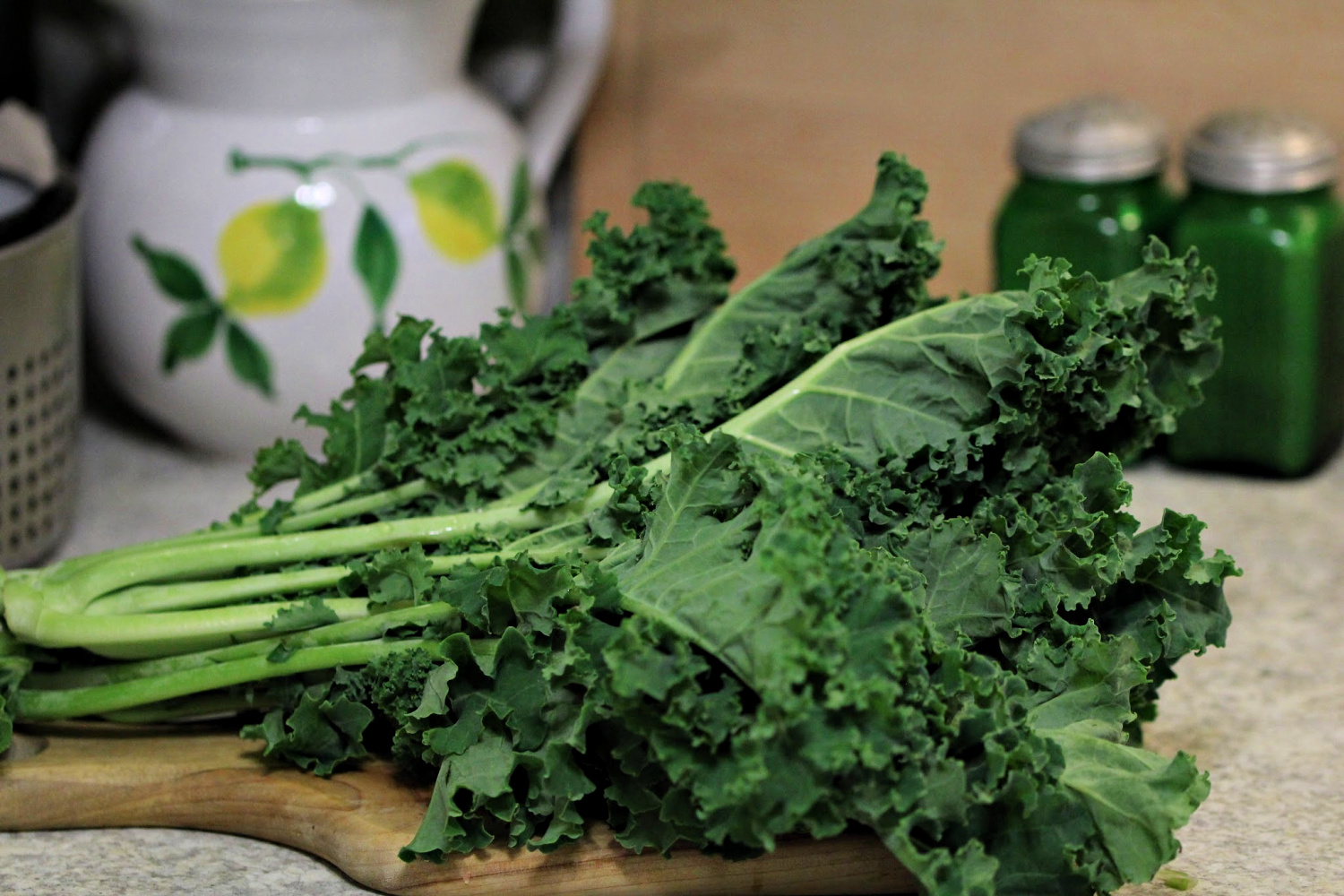 Today I made a kale salad with the leftovers.  While fresh kale isn’t my favorite green to eat, the extra ingredients of onion, avocado, pomegranate seeds, hard-boiled eggs, and orange slices, added a nice punch to the salad and I found I was not only enjoying it, but glad I wasn’t wasting food. 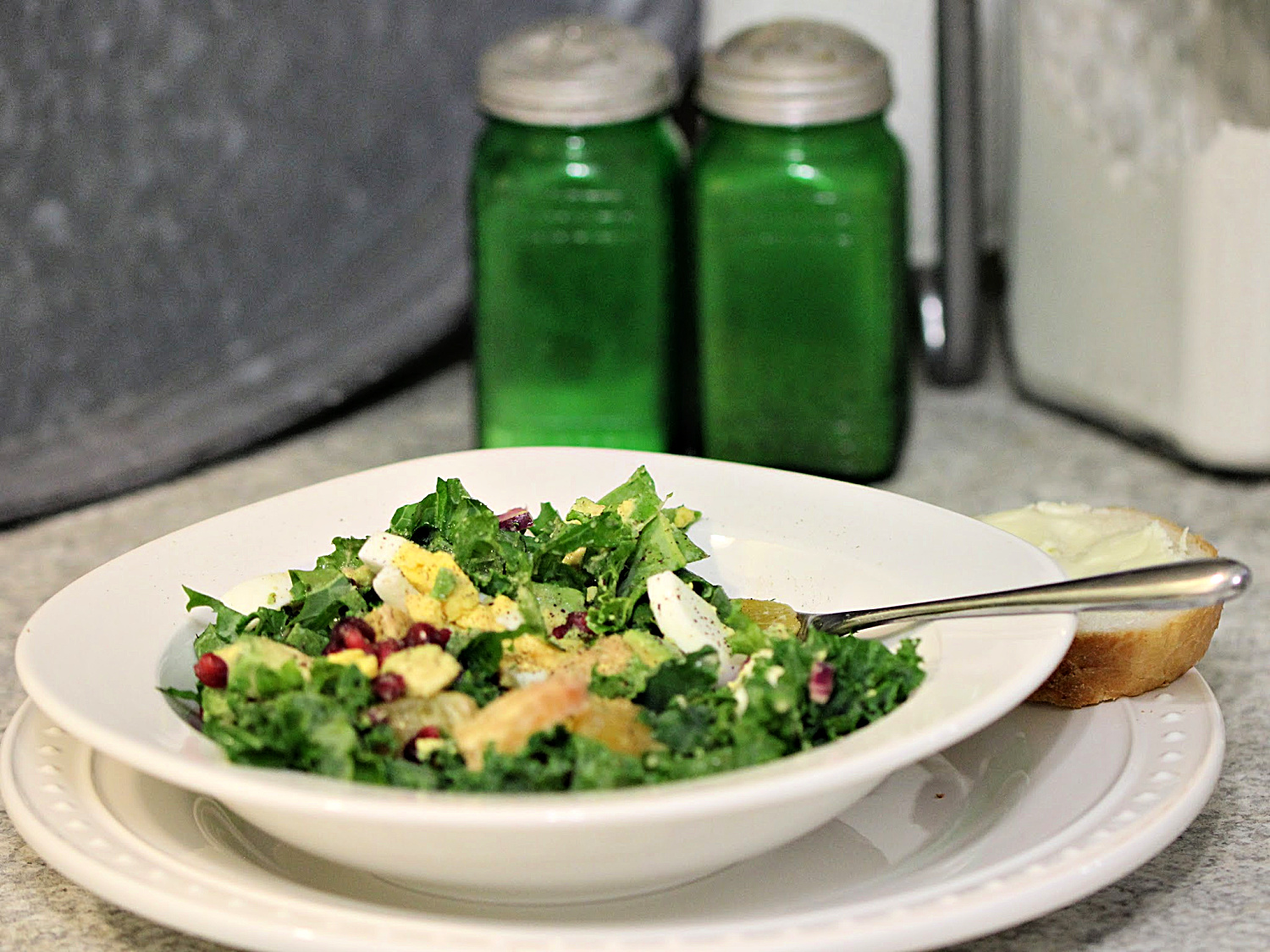 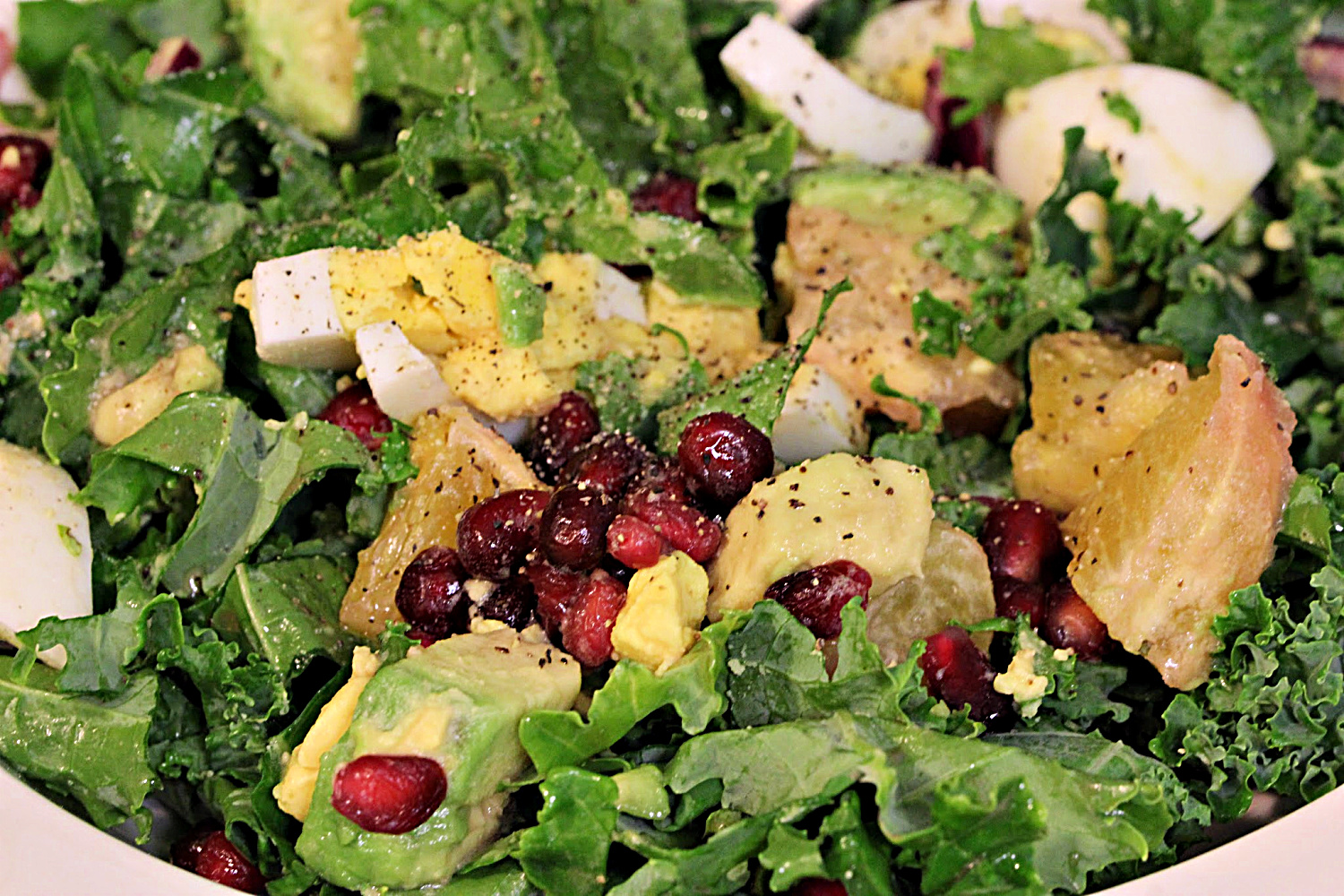 I hope this is a New Year’s resolution I can keep going throughout the year.  I find that when I plan a menu, the meals always go much further than I expected.  And a real benefit of planning meals is that I am not tempted to run out and buy fast food, which is never healthy for my body or my budget.

Dice and saute 2 onions, several cloves of garlic, 3 big carrots, and 4 celery stalks in just a minimum of olive oil until brown.  Add a 28-oz. can of diced tomatoes.  Then add 2 T. of chili powder, 2 tsp. of cumin, 1/2 tsp. of oregano and cayenne pepper to taste (if desired).  Add a pint of veggie cooking stock and let cook/simmer for 20 minutes or so.

Add in five 16-oz cans of beans.  You can use any variety of pinto, black, white, garbanzo, chili, or kidney beans.  Add a can or corn and de-stemmed, chopped kale (if you desired). Let everything cook at least another 20 minutes.  Adjust for taste with salt and pepper.  Serve over brown rice, if desired.

1 bunch of kale (Curly green makes the prettiest salad, but you can use Russian or Lacinato kale)

1/4 – 1/2 red onion, thinly sliced (quantity depending on your tastes and the size of the onion.

fresh pomegranate seeds (about 1/2 of the fruit)

1 orange, sectioned and cut up