When my daughter and I would visit my parent’s, my Dad would often travel to the neighboring town of Mansfield, Ohio, where they had the BEST ever German bakery.  He usually came back with poppy seed rolls and crumb cake, or as I remember, my Grandmother called it “coffee kuchen”.  The crumb cake was one of our all time favorites, and I have never tasted one like it since.  This week’s bake came as a challenge from my daughter . . . to make a crumb cake like the one from the German bakery.

There are many variations of any recipe out there on the internet, so it is a matter of trial and error to find one that equals your memory.  This particular crumb cake recipe is called “New York Style Crumb Cake” and comes from the cooking blog, Smells Like Home.  There is also a “New Jersey Style” version, but I haven’t tried that one yet.

Pretty easy to make, you start with the crumb topping.  My crumb topping did not come out as the recipe described, but it looks and tastes like my memory crumb cake, so I just went with it. 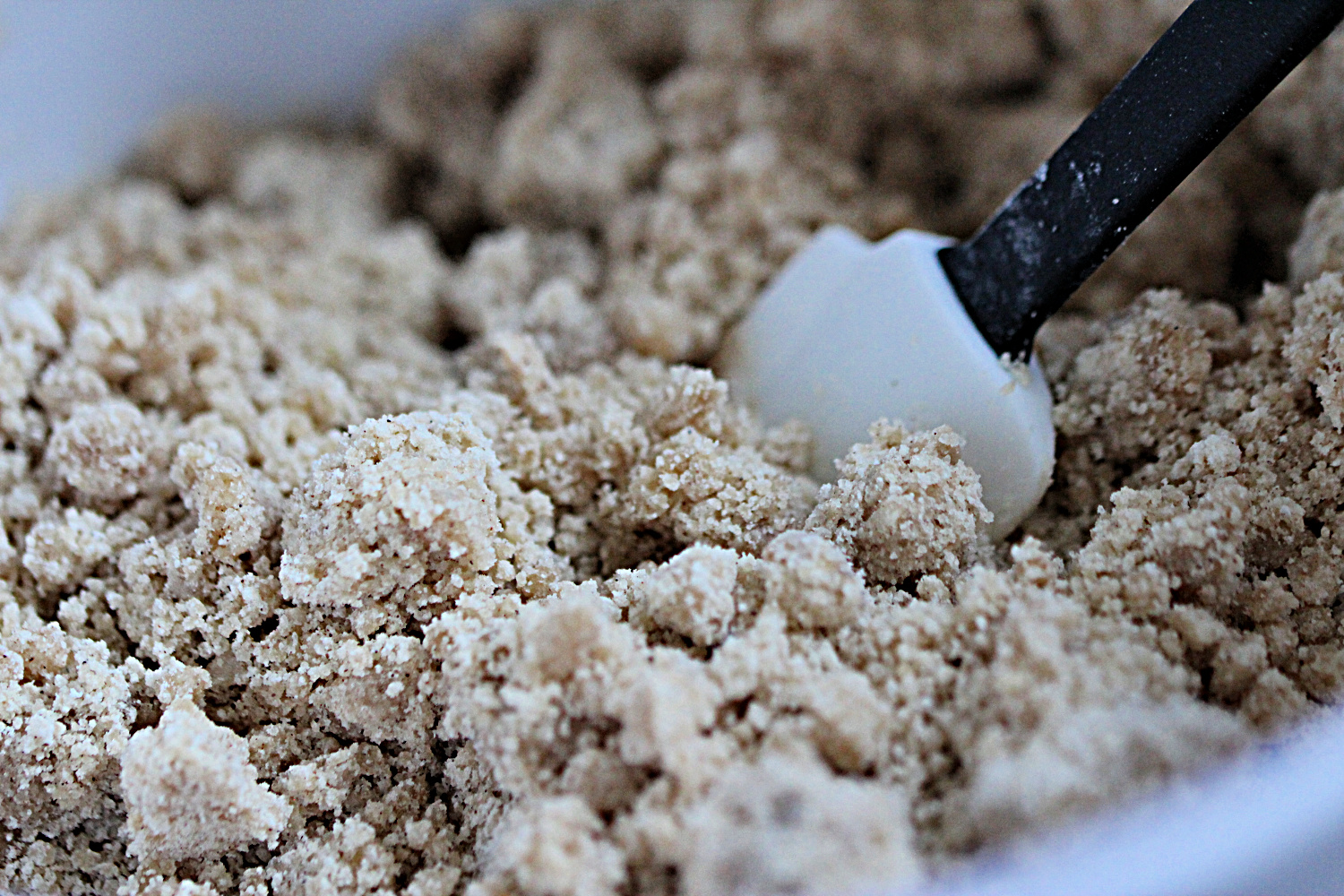 The cake mixture, followed by the crumb topping, is placed into an 8 x 8-inch pan that is greased and lined with parchment paper, that you will later use to lift the whole cake from the pan. 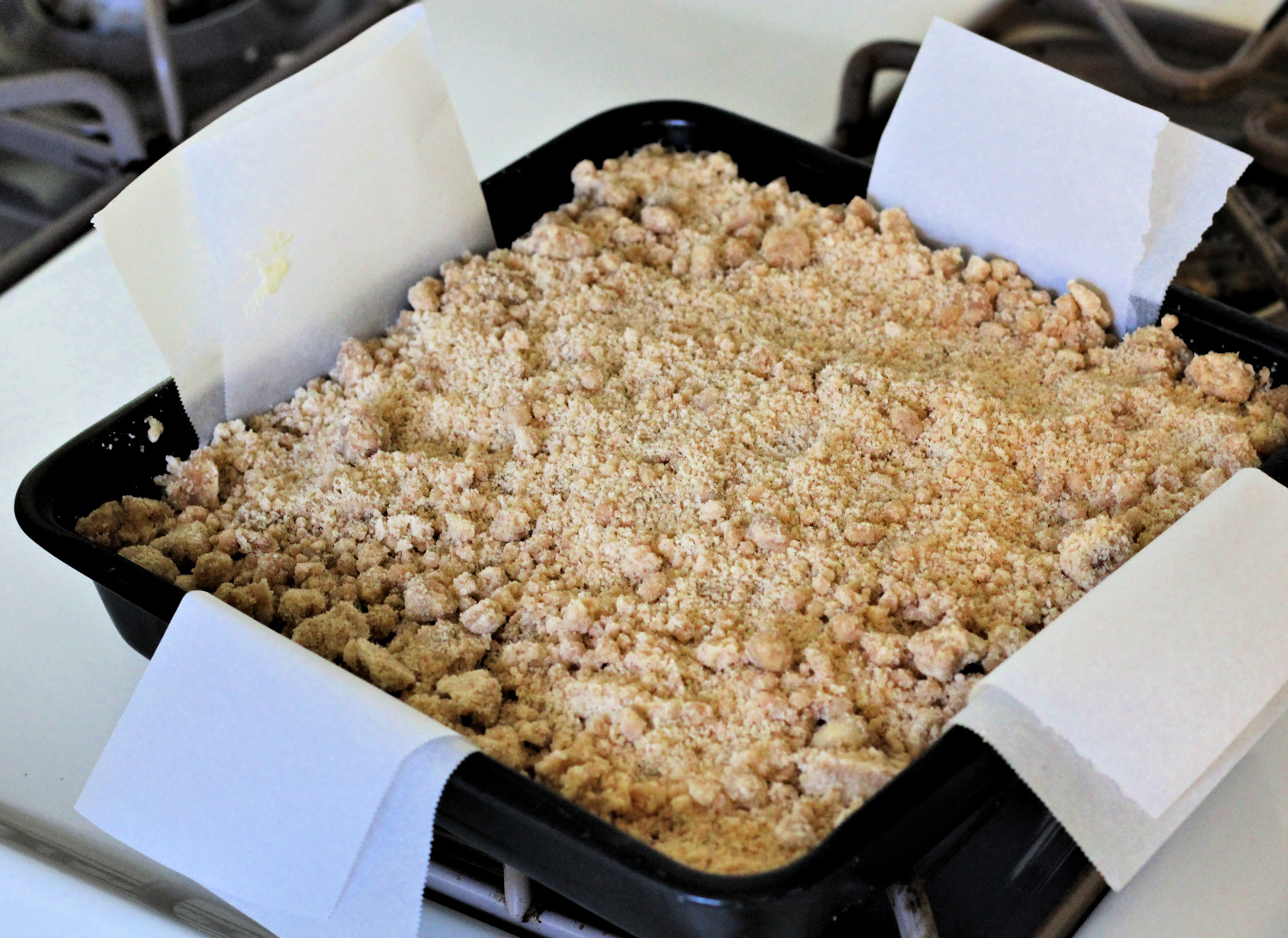 All it took was a text to my daughter to tell her I’d made the crumb cake, and she said she’d be over. 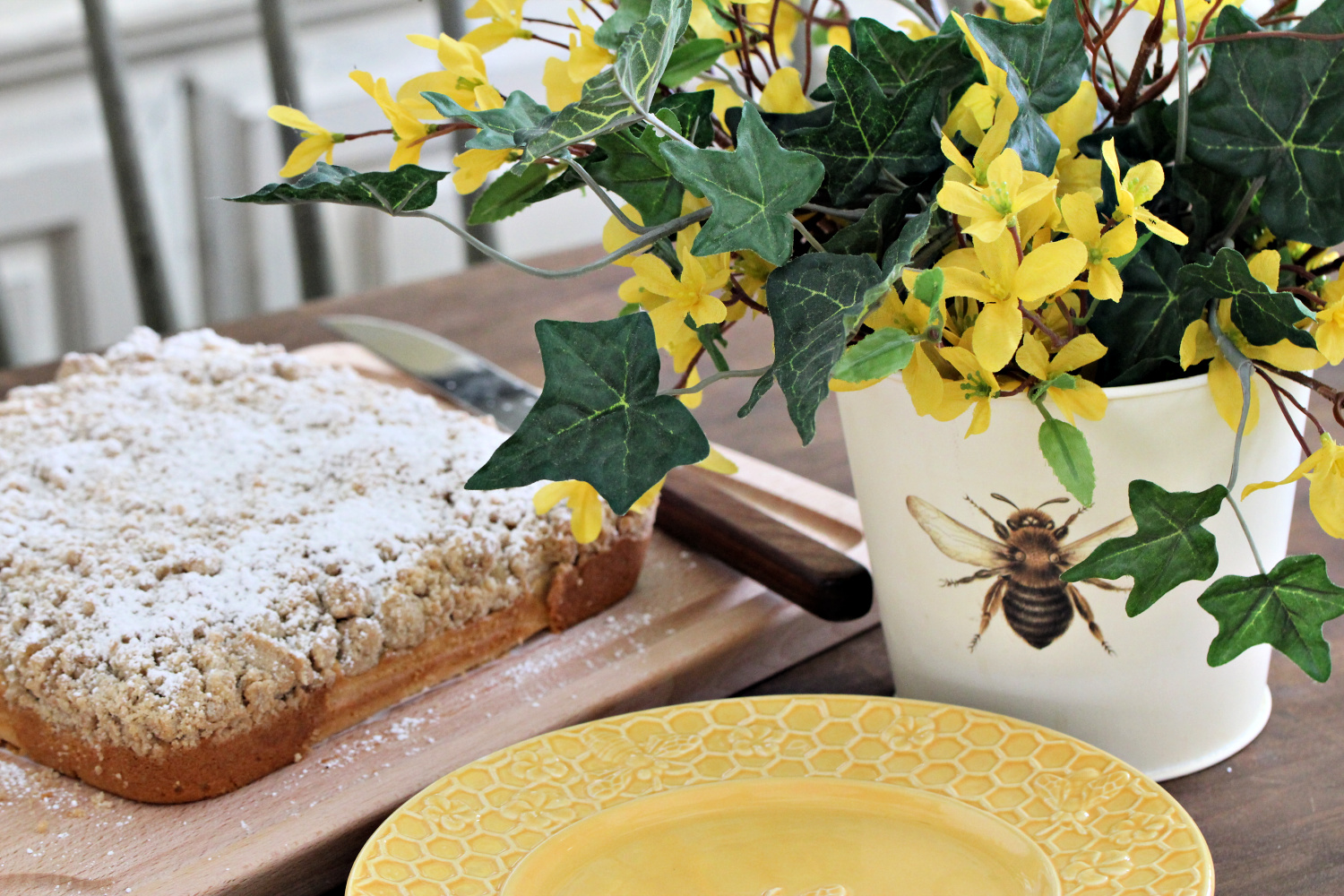 I can hardly wait to try it with her.  Hopefully, it won’t disappoint. 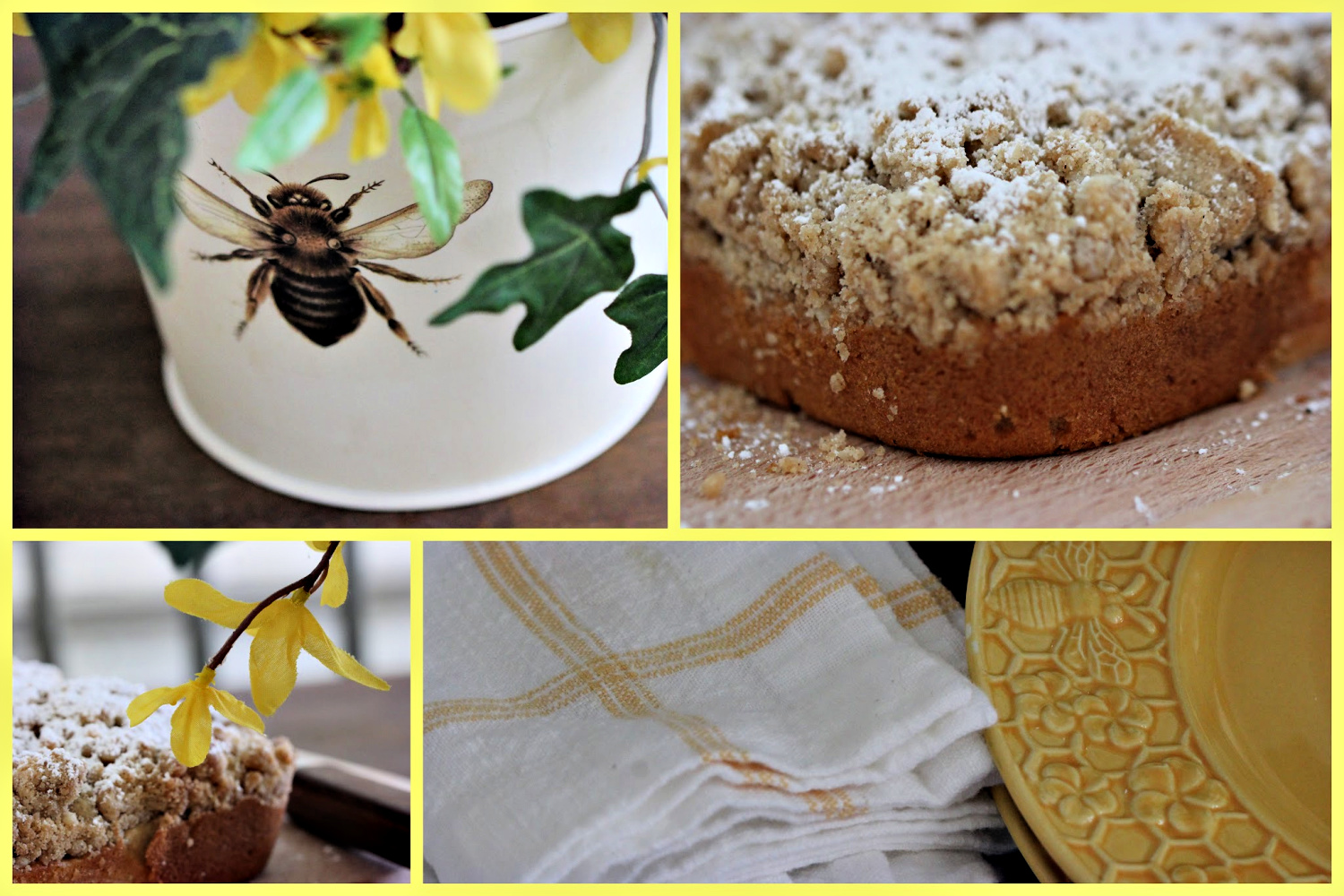 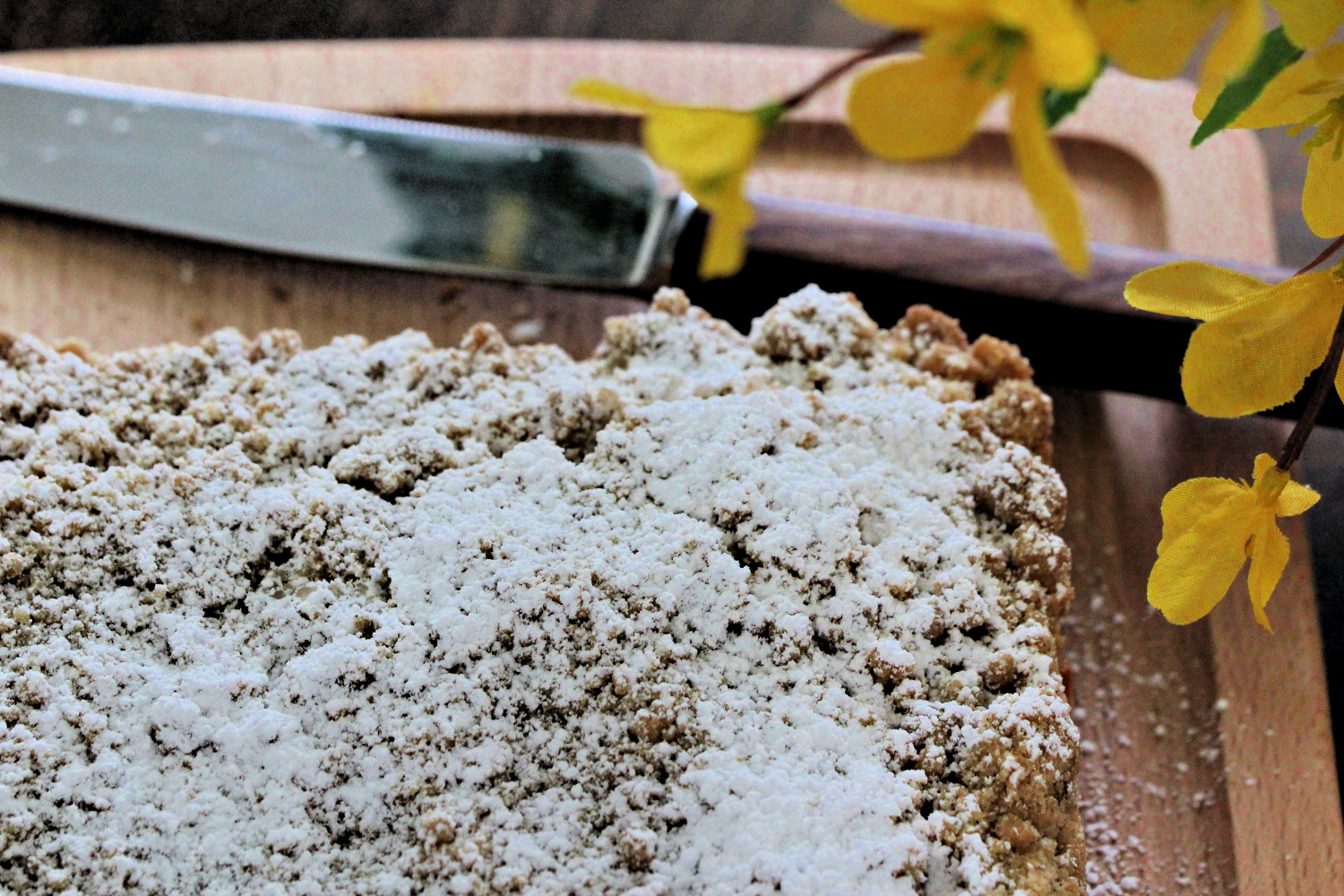 Having tasted the cake, it was better than I was expecting, but still not exactly like the one from the German bakery.  We both liked the crumb topping.  I thought the cake part was too dry, which might just be an issue of over baking, and my daughter thought the cake was too bland.  So, that means only one thing . . . I’ll have to keep trying more recipes. 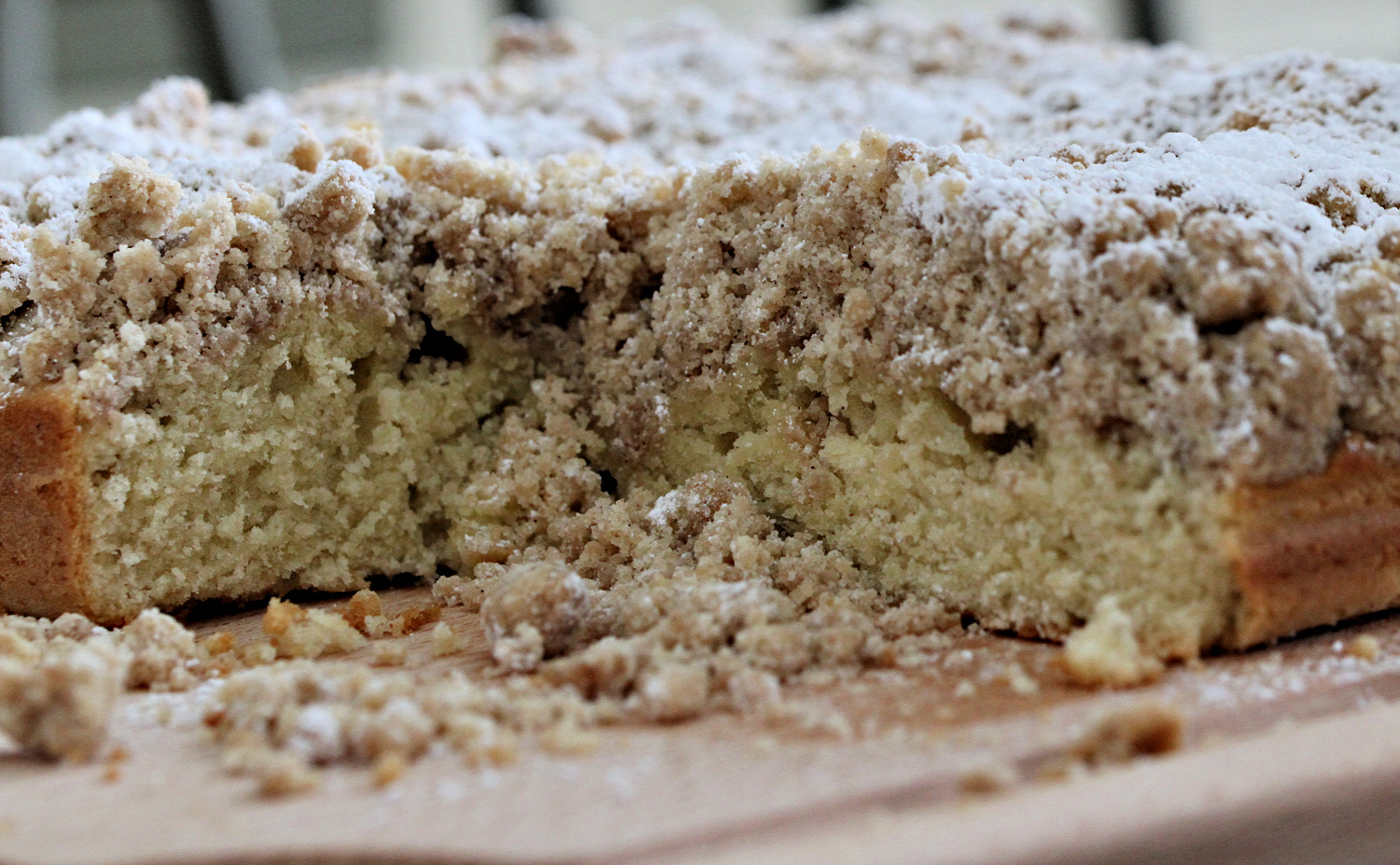