Sometimes it takes me awhile to get in the mood to decorate for a new season.  Usually, it’s just a matter of being too busy.  But, this Sunday afternoon, I felt like playing and fiddling with the cement urns that sit on each side of my garage.

The urns held Boston ferns all summer, so I pulled them out, put them in black plastic pots, and set them beside the urns to still add a touch of greenery and fullness to the display.

I started filling the urns with dried cornstalks that I picked up at the grocery store.  I cut each stalk in thirds so I would have enough to fill the urn.  The stalks weren’t in the best shape, but they will do. 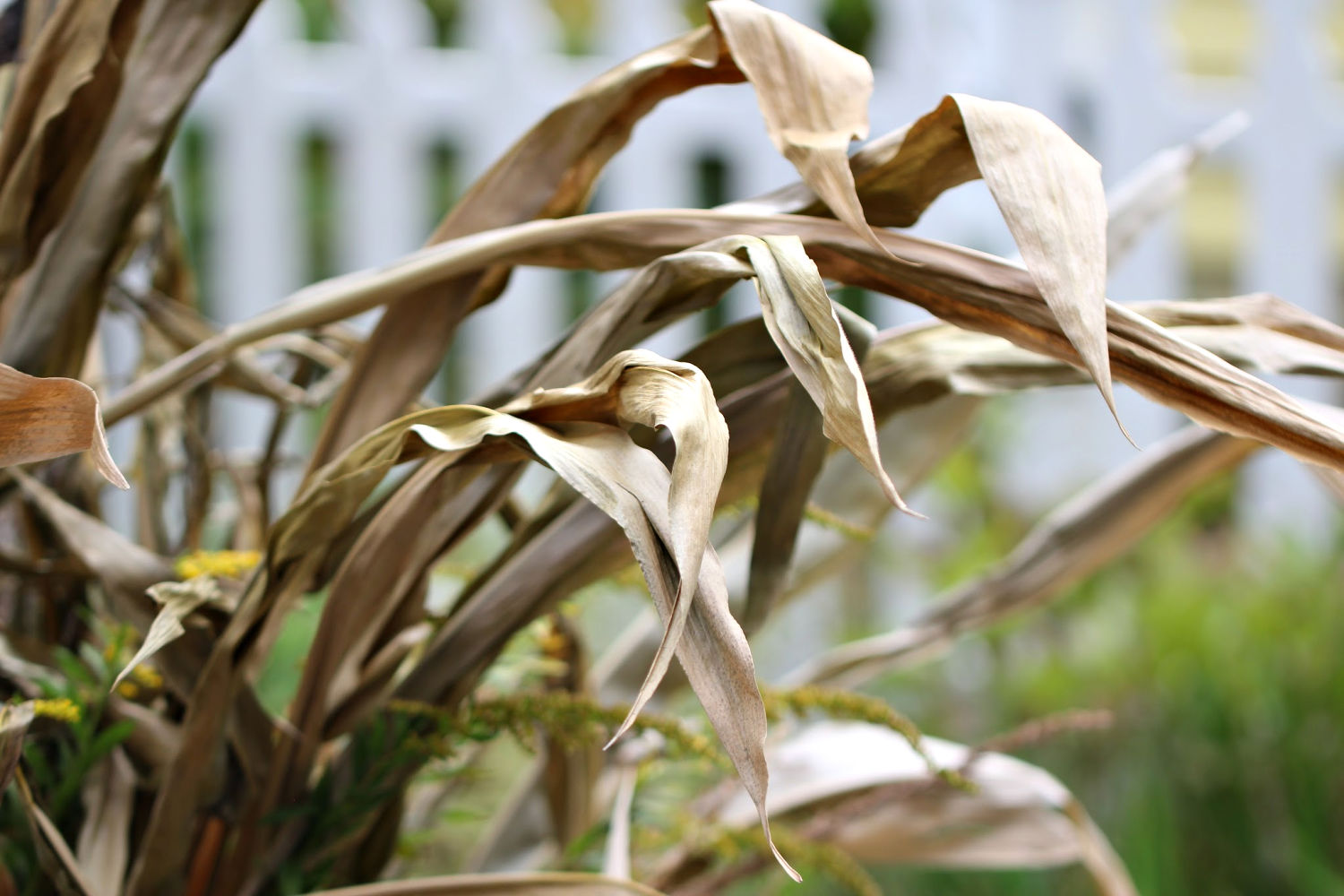 Then I added some golden rod, snipped again from my neighbor’s yard.  The golden rod has seen better days too, and was fading, but did a nice job of filling out the arrangement. 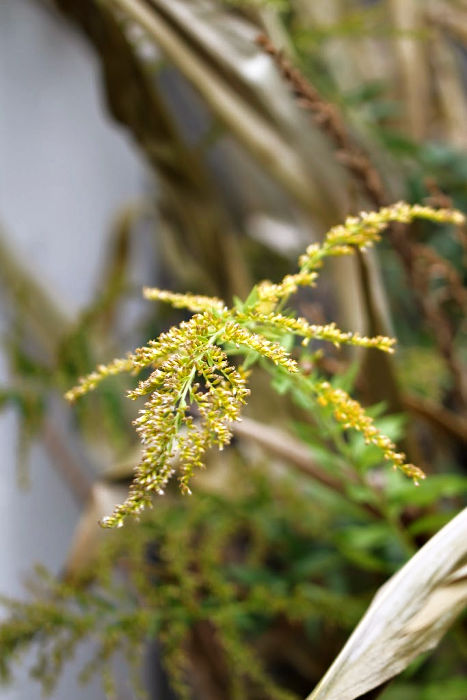 Then the fun part began.  The corn stalks were a little spread out and all over the place since they were just setting inside the urns without anything to hold them in place except their bulk.  So I gathered them together a little bit, tucked some pieces of torn leftover cocoa fiber liner around the front, and placed a few varieties of small pumpkins on the cocoa liner to add some color. 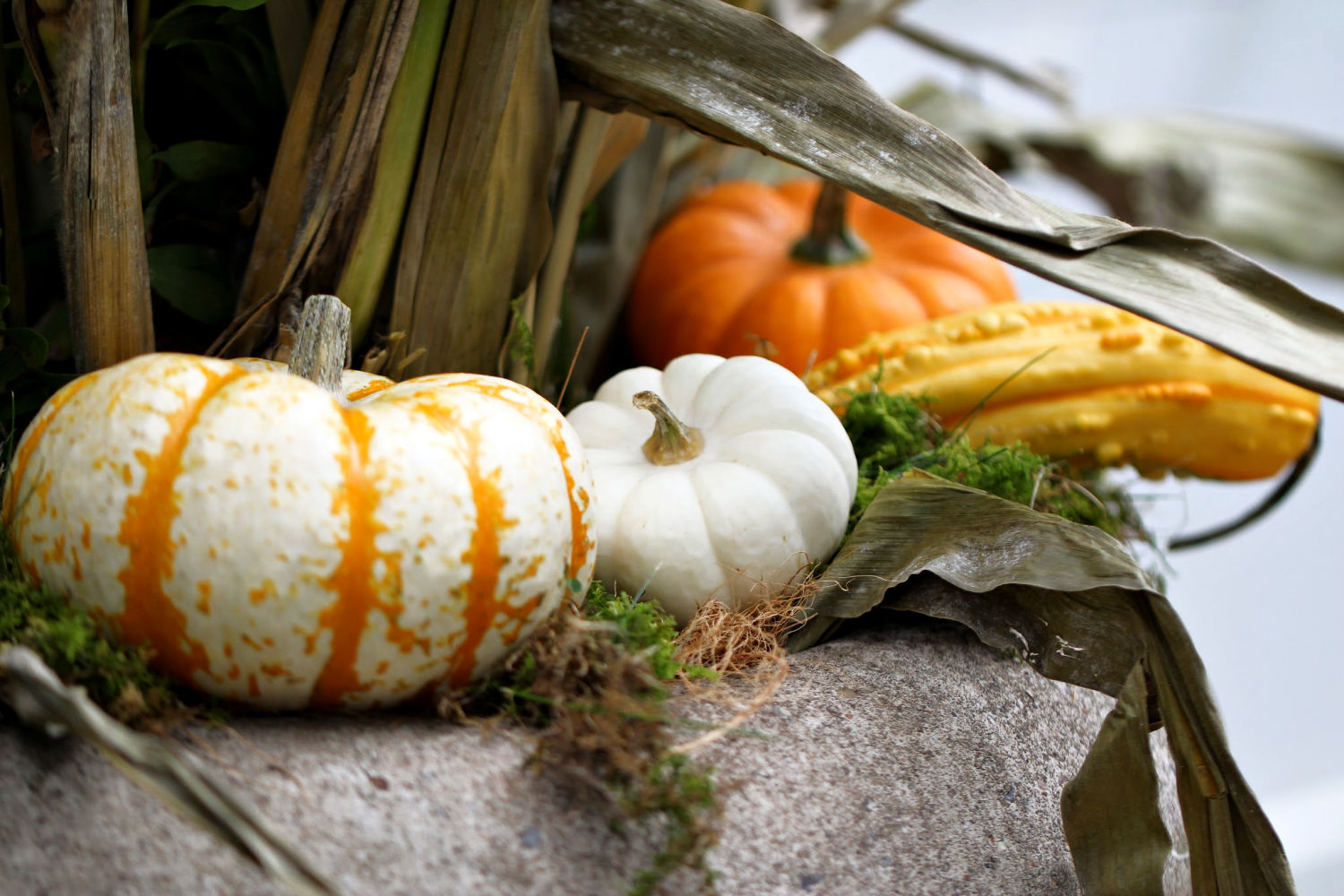 Now, most people try to kill moss growing in their grass, but I love having it since I often find uses for it in arrangements.  This time, I placed some of it on top of the cocoa liner and under each pumpkin,  not only to cushion the pumpkins, but to add another layer of texture. 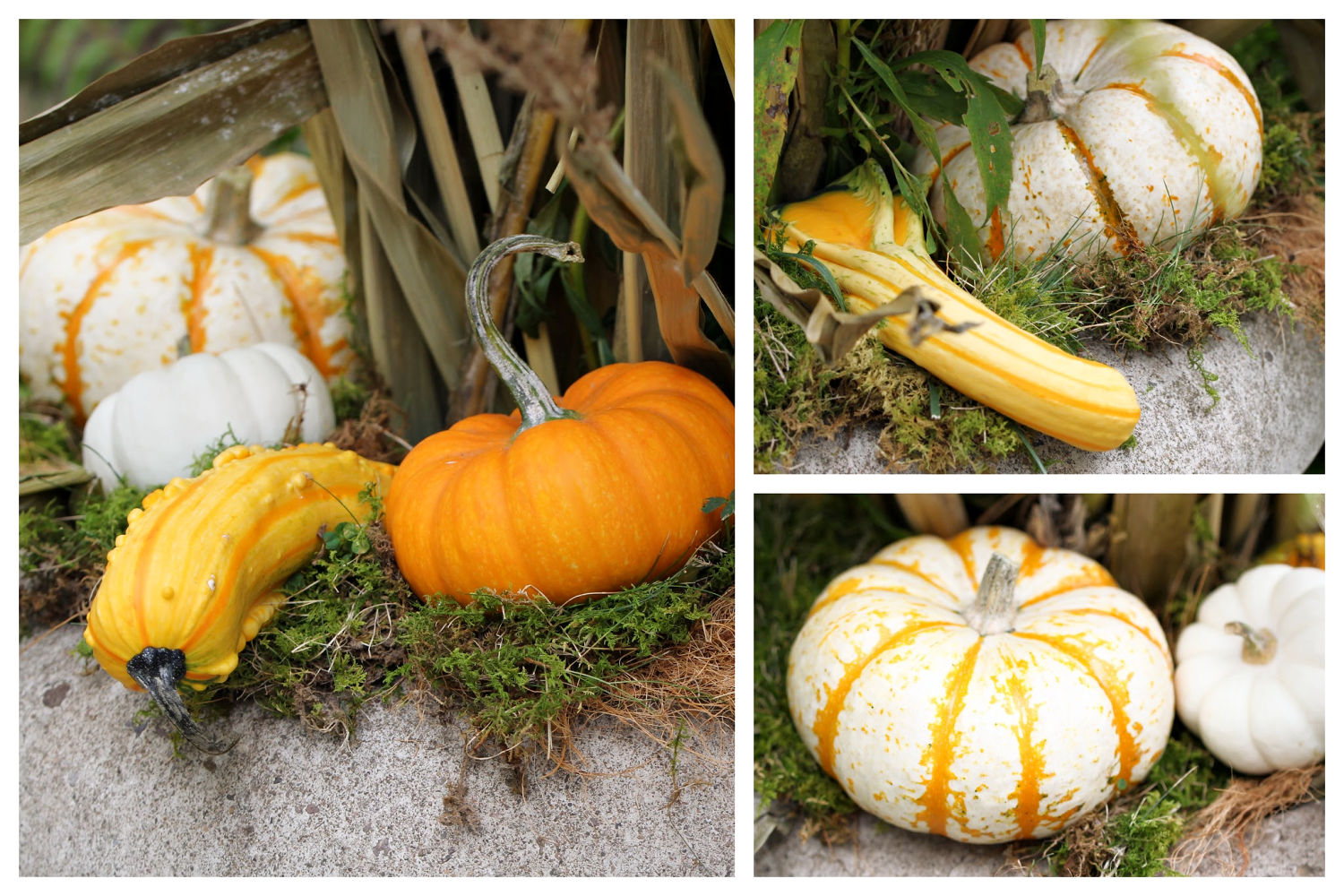 I added a large pumpkin or two at the base of each urn, and it’s done. 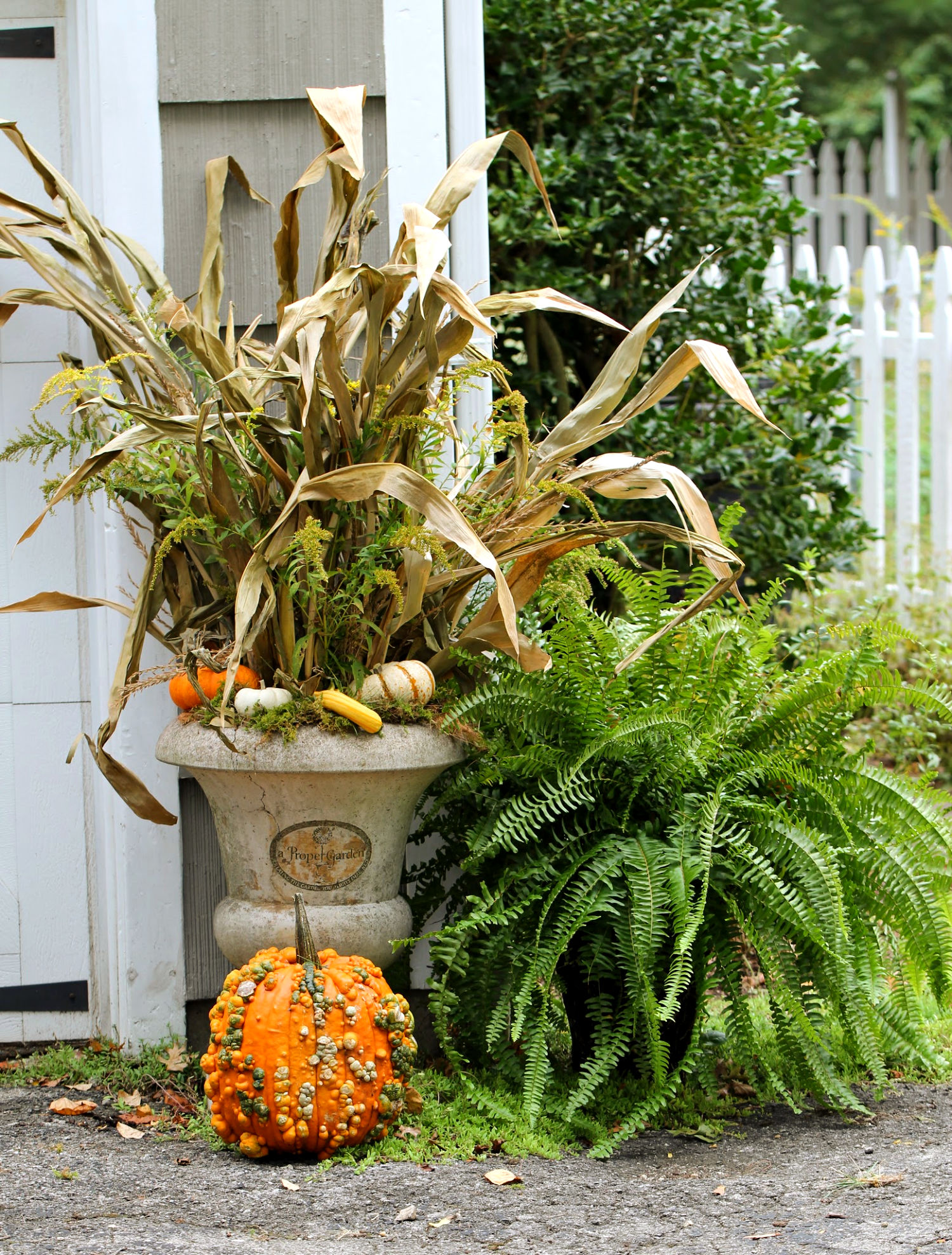 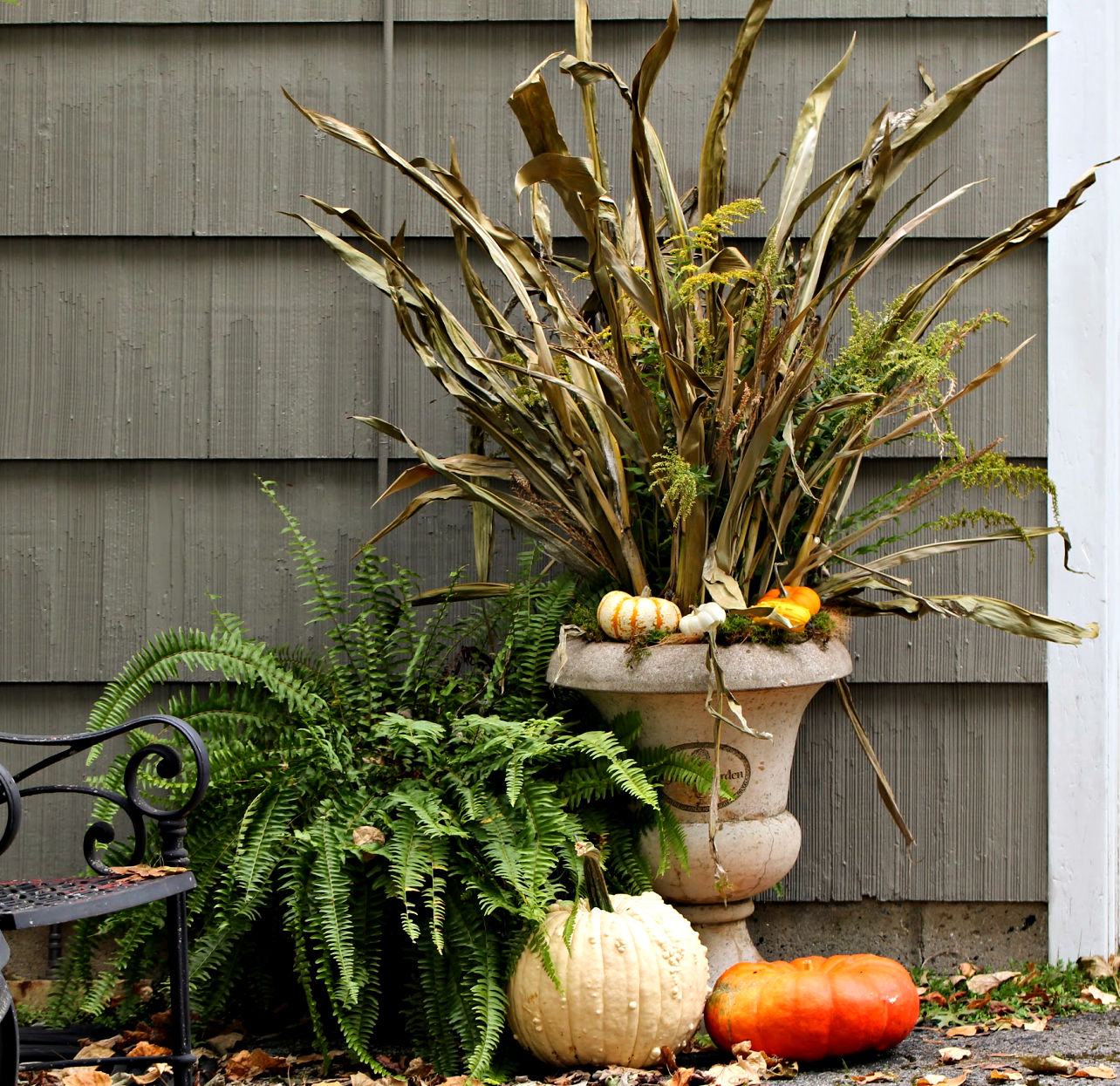 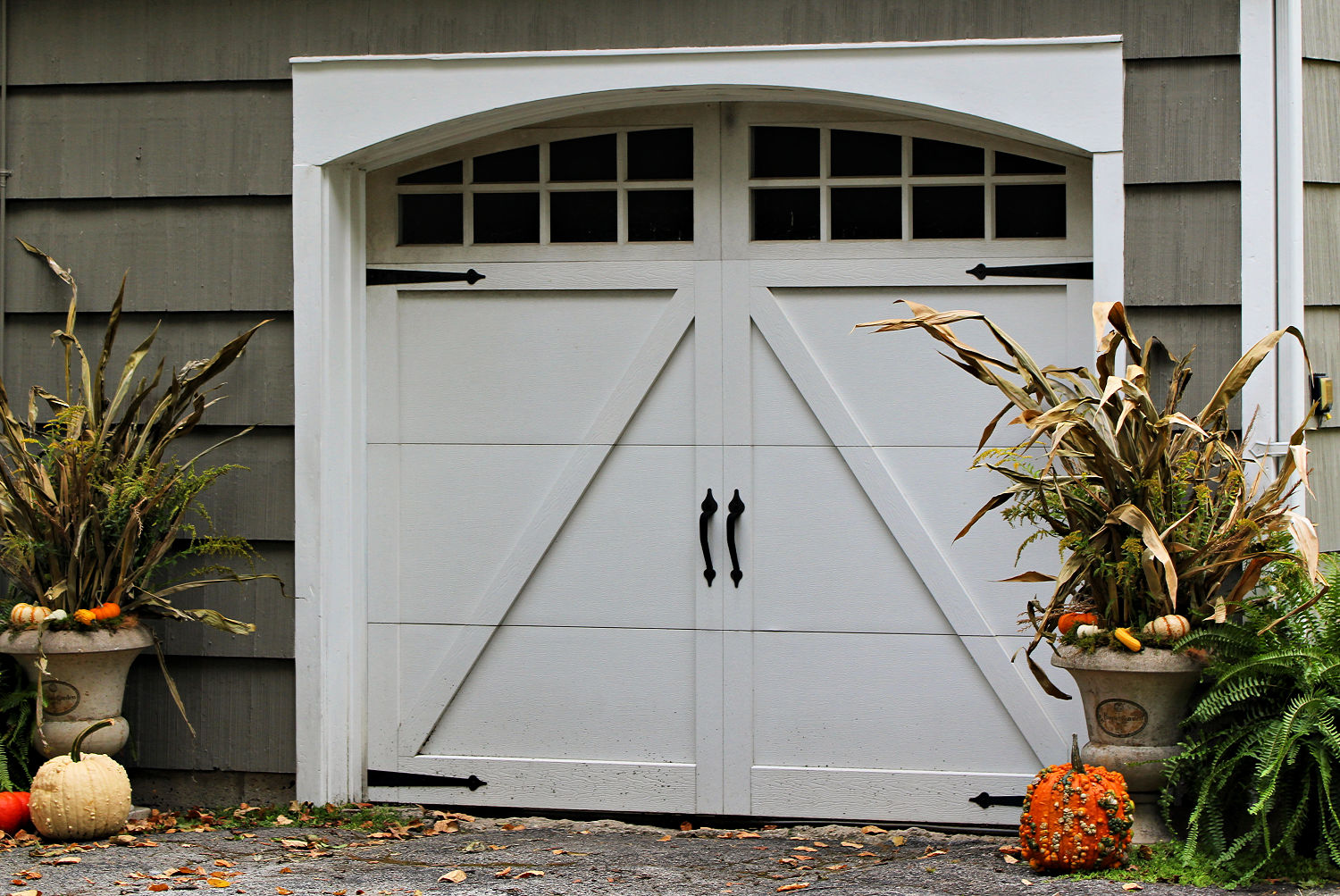 I may do something similar with cornstalks for the front entry, but I’ll have to go on a hunt for some better looking ones first.

What is your feeling about warty-looking pumpkins?  Do you like them or find them repulsive? 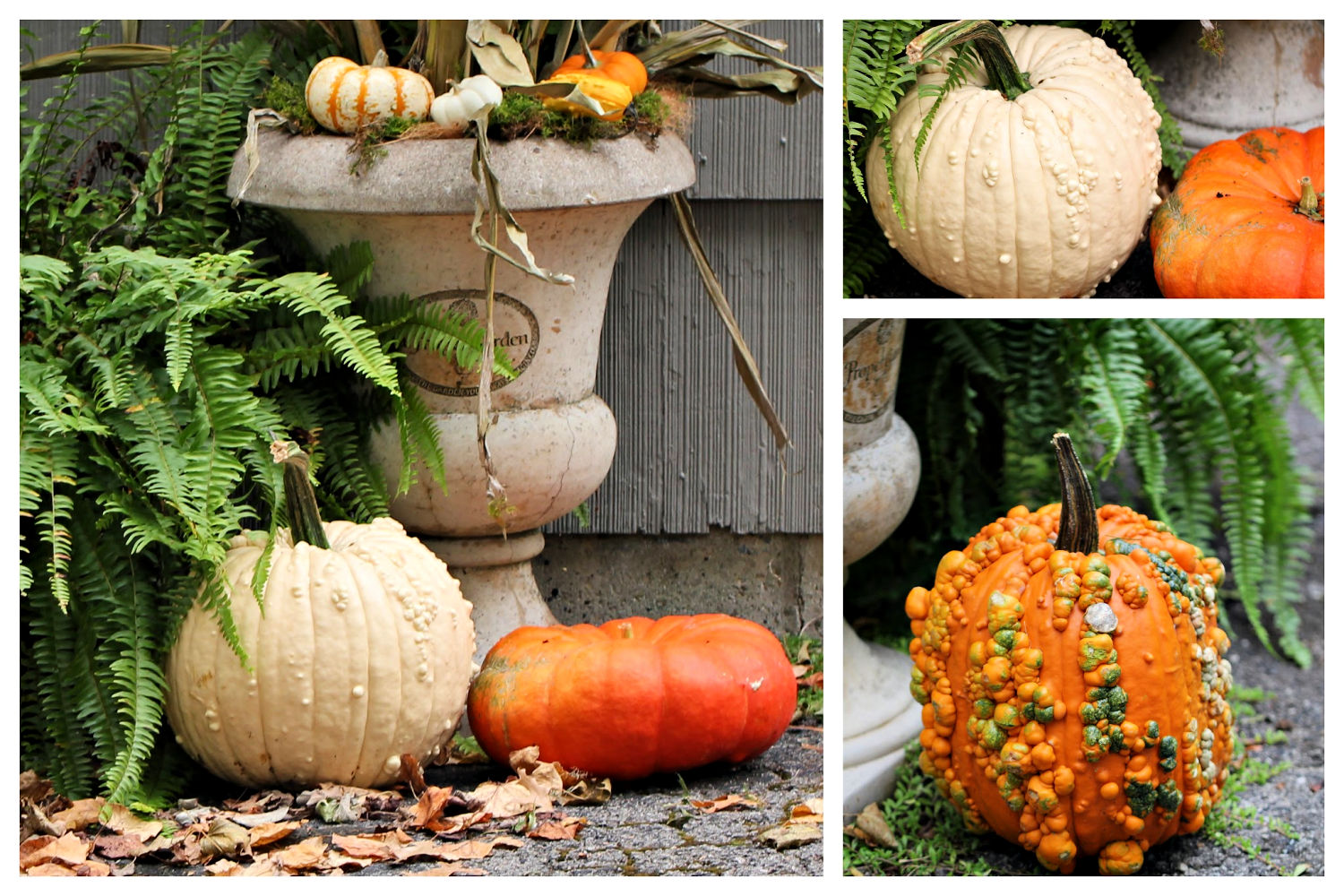 I’ve never liked them much myself in the past, but this year they are starting to grown on me (no pun intended).

Although this isn’t exactly a bouquet, I’m linking with Cathy of Rambling in the Garden for “In A Vase On Monday”.  Pop over there to see lovely bouquets made from late fall flowers.